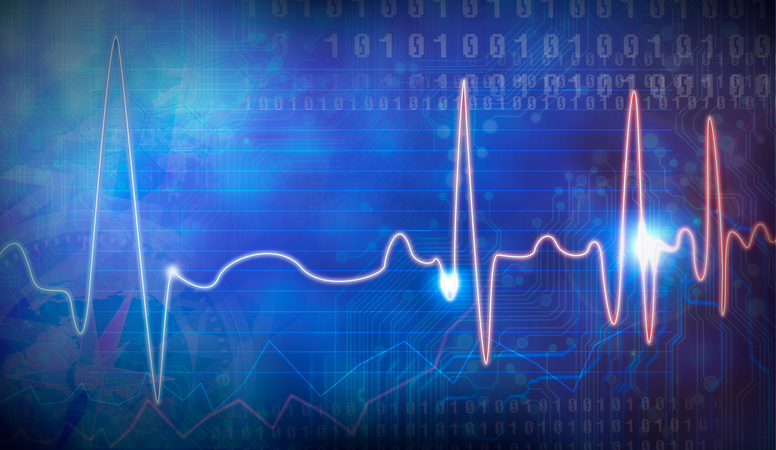 Neurofeedback, a specific form of biofeedback, is designed to monitor, quantify, and train brain waves in real time in order to help individuals increase their ability to regulate brain function. The approach uses specialized equipment—usually an electroencephalograph (EEG)—to measure and record the brain's electrical activity. Experts then work with this information to promote positive brain activity and/or or identify and address any brain areas that may be experiencing dysregulation.

This approach to treatment, which is also referred to as neurobiofeedback, EEG biofeedback, brainwave biofeedback, and neurotherapy, is a non-invasive process, and both providers and people receiving treatment report it to be completely safe and pain-free.

In 1924, German psychiatrist Hans Berger made the world's first EEG recording, using a ballistic galvanometer and two electrodes to take readings of a 17-year-old boy who was undergoing a neurosurgical operation. Berger then published 14 studies on his research on EEGs and coined the terms "alpha wave" and "beta wave," laying the foundation for future work in neuroscience, neurosurgery, and neurofeedback.

The work of Joe Kamiya and Barry Steadman helped advance neurofeedback significantly in the 1960s. Kamiya, who is widely regarded as the father of modern neurofeedback, conducted research on alpha waves, demonstrating that people could learn to consciously control their brain activity and enter the "alpha state," a mental state closely linked to relaxation and stress relief. This was the first valid demonstration of EEG neurofeedback training in humans.

While Steadman was conducting research on sleep in 1965, he accidentally discovered that cats could be trained to increase their sensorimotor rhythm (the EEG rhythm over the sensorimotor cortex) through the use of food rewards. Years later, while Steadman was investigating the health effects of exposure to lunar landing fuel for NASA, he found that cats who had been trained in his lab to increase their sensorimotor rhythm were far more resistant to the chemical's convulsive effects and less likely to experience seizures than the other cats exposed to the substance. He later replicated his findings using rhesus monkeys, eventually showing that humans with epilepsy could learn to reduce their seizures by using this sensorimotor rhythm training,

During the 1970s, neurofeedback drew the attention of people who actively engaged in meditation and were in search of spiritual growth and enlightenment. As a result, the technique gained a negative reputation as a fringe science among many researchers at the time. Eventually, however, the benefits of using neurofeedback in the treatment of mental health and medical issues became clearer. This change in perspective, along with a number of advancements in computer technology, have helped the approach develop into a scientific technique that is not uncommon in mental health and medical practice today.

An electroencephalograph (EEG) uses electrodes, sensors that are placed on the scalp, to measure brain activity by following electrical patterns on the surface of the scalp from moment to moment. These measurements are a reflection of the individual's cortical activity, or brain waves.

There are four basic types of brain waves:

The human brain is designed to adapt to different environments, moods, and activities. While one type of brain wave may be dominant during a particular activity, the others are still active, albeit at lower levels. A number of factors may contribute to the brain becoming dysregulated, however, and a dysregulated brain may be excessively active when it should be calm or under-stimulated when it should be focused. Though the brain does tend to correct these types of setbacks on its own, on occasion corrective adjustments are not made and over time, dysregulated brain activity may become routine.

Neurofeedback can help people who are experiencing neural dysregulation learn to retrain their brain and recover optimum neural functioning. During treatment, a person's brain wave activity is tracked, and this information is communicated to the individual with auditory and/or visual signals. These signals help the person in treatment to recognize when desired and undesired brainwaves are being produced, and gradually, individuals can learn how to consciously maximize the production of desired brain waves and minimize the production of undesired brain waves for any given situation.

A typical neurofeedback session might last between 30 and 60 minutes, and sessions may be held two or three times each week. The neurofeedback experience is likely to vary from facility to facility. Some centers limit their equipment to a computer monitor, two brainwave sensors, two ear sensors, and a ground. Other centers may use a specialized cap equipped with nineteen fitted sensors and offer services that can help train multiple brain areas at once. Additionally, some facilities may offer neurofeedback training in the form of a video game that is played while brain activity is monitored. Other facilities may use brain training systems that require no conscious input or activity—the individual in treatment simply sits back and watches the monitor.

Despite these differences, there are features that remain constant through all neurofeedback sessions: No electric shocks are experienced, no equipment ever enters the body, and the entire procedure is painless.

How Can Neurofeedback Help?

Neurofeedback helps the brain regain optimal functioning, and proponents of the approach believe people in treatment can often learn how to regulate their own brain waves. Through this type of self-regulation, individuals may become able to consciously influence their current brain state and function.

Neurofeedback therapists believe a regulated brain is more responsive to therapeutic intervention. As a result, neurofeedback has been used as a complementary therapy in the treatment of a number of concerns, such as:

Treatment for epilepsy, dementia, fatigue, and other sleep issues might also include neurofeedback.

A second experiment conducted in 2013 saw 41 children with ADHD given either EEG neurofeedback or placebo neurofeedback. The children in both groups showed improvement over time, but there was no significant difference between EEG neurofeedback and the placebo treatment. Several other studies examining the effectiveness of neurofeedback in treating ADHD have made similar findings.

Certification in EEG neurofeedback is available from the Biofeedback Certification International Alliance (BCIA) and is valid for four years. To become certified by the BCIA applicants must hold an acceptable degree in an approved mental health field, meet clinical training and didactic education requirements, successfully complete a written certification exam, and follow the BCIA Professional Standards and Ethical Principles of Biofeedback.

While specific brain waves are associated with specific mental states, there is no evidence that these mental states are caused by these brain waves. Advocates of neurofeedback claim the approach is evidence-based, but a number of mental health professionals argue that supporting research is limited and lacks rigor. As a result, some experts view neurofeedback as an experimental technique that may be beneficial but has not yet been established as valid.

Due to the specialized equipment needed for EEG biofeedback, people who want to use this therapeutic technique may have difficulty finding reputable facilities for treatment. There also appear to be few therapeutic benefits that are exclusive to neurotherapy. In addition, neurofeedback training is not usually offered in isolation, and factors such as the establishment of a therapeutic alliance, psychotherapy, behavior modification, relaxation, self-control training, or the placebo effect might all contribute to improved brain wave activity.

A fourth limitation is the relatively high cost of neurofeedback therapy, especially when compared to other forms of treatment for which clear empirical support exists. Clinicians may even encourage people in therapy to undertake tests that are not integral to treatment. For example, some neurofeedback practitioners may use various computer algorithms to process EEG data in order to produce qEEG (quantitative EEG).QEEG, sometimes referred to as brain mapping, is used by some experts to track brain function and how it changes with interventions such as neurofeedback training. While qEEG does have a few medical uses—particularly when treating people with epilepsy—it is not necessary to do a qEEG for neurotherapy. In encouraging individuals to do a qEEG, some practioners may go beyond what has been proven in the literature and make claims that are not supported by empirical research.