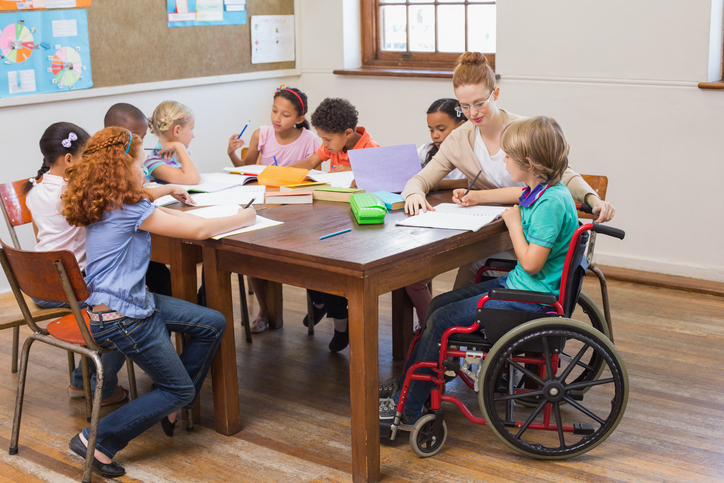 Developmental psychologists might work in schools, hospitals, or assisted living facilities, and they might also conduct research or teach in higher education or government institutes. People seeking therapy for issues related to development may also encounter helping professionals who have a background in developmental psychology.

One such of these theories, Jean Piaget's theory of development, is considered to be the first stage theory, and Piaget himself is considered to be one of the most important figures in developmental psychology. Piaget believed all individuals passed through through the same four stages. In order to progress from one stage to the next, a person must meet the goals of the current stage. This theory is used widely in school curriculums.

Erik Erikson, who was interested in both individual development (how a person develops a sense of self) as well as a person’s social/cultural identity (the roles played within one's family and in society), is another important figure in the field of developmental psychology. His stage theory is based on his belief that every individual passes through eight stages of development over the course of their life.

Other relevant names in developmental psychology include Lev Vygotsky and Albert Bandura. Vygotsky is known for his social contextual theory, which posits that development begins on the social level when children learn from caregivers, teachers, and peers. Thus, the culture a person is born into has a significant effect on development.

Bandura’s social learning theory, which is a more recent contribution to the field, suggests that people learn by witnessing the actions of others. This was demonstrated with what are known as the “Bobo doll experiments." Children who watched a person attack a blow-up doll were extremely likely to then attack the doll themselves without any incitement whatsoever. This theory, which appeared to indicate that children would repeat behavior they saw performed by others, has had a significant impact on Western society and has been used to analyze criminal behavior.

The Impact of Developmental Psychology

Developmental psychology is concerned with the many factors that influence human development. The question of nature vs. nurture has long been an important one in the field of psychology. Most theorists agree that both biological and environmental factors influence how an individual develops, but there is still some disagreement over the contributions of each area. Greater understanding of the various aspects of human development may give researchers a deeper understanding of issues such as these.

One particularly important aspect of developmental psychology that has been widely researched is cognitive development, or how people learn. Behavioral theorists believe individuals are largely passive but are molded by environmental factors through operant and classical conditioning. Social learning theory, on the the other hand, explores the models that people imitate, suggesting that people learn through watching and modeling their behavior after authority figures and other influential people in their lives.

Research in developmental psychology has provided an understanding of how people progress. More specifically, it aims to describe and address the basic milestones that are likely to occur at certain ages. If an individual is not meeting a milestone at the expected time, a developmental psychologist can assess the situation and often develop intervention strategies to help people continue through the typical stages of development.

Helping professionals versed in the concepts of developmental psychology may be able to help people in treatment increase their understanding of what to expect at any given point in life. Erikson's theory of development, for example, describes the typical/expected outcomes and challenges that are likely to occur at each stage of development, and individuals who have knowledge of these stages may find it helpful to know what to expect when they, their children, or other family members are going through a life transition or important phase.

Developmental psychology can also contribute to the understanding and treatment of developmental disabilities.

Many of the concepts in developmental research have been extensively researched and are widely accepted. The rigidity of the stages within stage theories, however, has been criticized, as stages that dictate transition at a particular age may not adequately account for individual differences. Some children experiencing normal development may move to a new stage before they reach the minimum age of that stage, and others may be somewhat delayed.

Another point of consideration is that much of the research has been conducted using children. Because children may not adequately understand the experimental task, can become bored easily, and might be otherwise influenced while participating in a study, some people believe research results may not be an accurate reflection of what children are actually capable of doing.