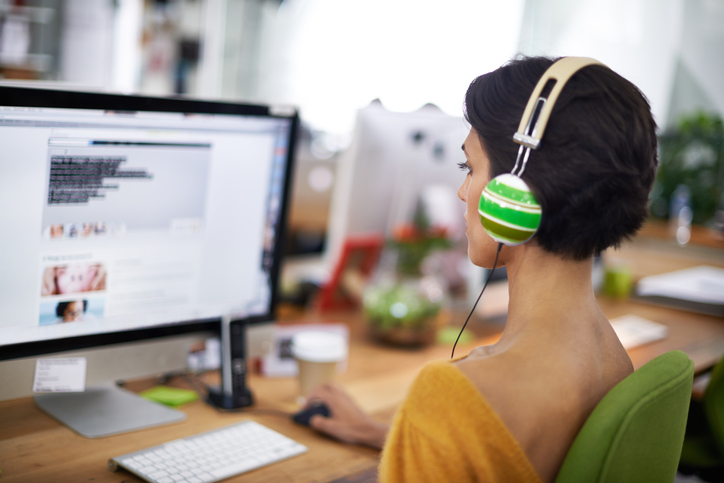 Misophonia, which literally means “hatred or dislike of sound,” is characterized by mild to extreme negative emotional reactions to noises and audial triggers. Even mild cases of misophonia are worth discussing with a mental health professional. If you think you might be experiencing symptoms of misophonia, talking to a psychotherapist may help address some of the triggers and alleviate anxiety related to misophonia.

While still unrecognized by the American Psychological Association as an official entry in the Diagnostic and Statistical Manual (DSM), misophonia is a real condition that researchers have identified as separate from anger issues, anxiety, or any other mental health diagnosis. It is sometimes considered, mistakenly, a new issue or phenomenon; however, research indicates this concept has previously been known by other names, such as soft sound sensitivity symptom, select sound sensitivity syndrome, decreased sound tolerance, or sound-rage.

Because misophonia is relatively unknown and can remain unidentified even in those who experience it, there are no reliable statistics regarding how prevalent it is worldwide or in the United States. Some studies have shown misophonia is more likely to affect white women under age 30, but these may be slightly skewed due to the mode of study (for example, this demographic is also more likely to use and respond to surveys on social media). The more research on the topic, the more evidence supports recognizing misophonia as a psychiatric condition.

For people with misophonia, some sounds trigger the fight/flight/freeze response in the brain. This means seemingly harmless or simply annoying noises can affect someone with misophonia to the point of terror and rage, rather than mild exasperation or aversion. The person may feel an urgent need to leave the area or put an end to the offending noise. Some people with the condition have difficulty keeping a job because of trigger-related panic attacks, or find family time unbearable because of its accompanying noises.

Misophonia is commonly miscategorized with anger issues, irritability, autism, obsessions and compulsions (OCD), and other mental health concerns, but it is an independent condition that may or may not co-occur with any of the above issues and more. Brain scans reveal similar reactions to audial triggers in those with misophonia as in those with Tourette syndrome, autism, tinnitus, and OCD. In fact, an estimated 60% of people with tinnitus also live with misophonia. But whereas OCD, Tourette syndrome, and autism are more likely to involve sound sensitivity related to volume or a cacophony of noise, misophonia is a reaction to the sounds themselves. The overlap in brain imaging may help researchers identify neuropathological similarities that ultimately point to a longer-term cure or relief for people with misophonia.

Anger is the predominant emotional response linked to misophonic triggers, but someone with misophonia might also experience irritation, stress and anxiety, aggravation, feeling trapped, and impatience. A subtype of misophonia called phonophobia is characterized primarily by fear and shares the same types of triggers as misophonia.

Sounds that tend to be triggering for people with misophonia vary greatly. Though many sounds might be unpleasant, a person with misophonia can likely name a few specific noises that set them off more than others. Some reactions are so strong that the person may even be triggered by a picture or mention of the sound. Some triggers might include:

Misophonia usually develops in early adolescence, and many people describe first becoming aware of triggers in their parents or primary caregivers growing up. It may become more pervasive over time, producing more triggers or a stronger reaction, or it might remain relatively stagnant in its severity. While people may notice they are more tolerant of triggers when they are displayed by someone they know or love, the reaction is generally present regardless of company.

Some trigger responses may include:

The overwhelm of emotions and intense physiological reactions to triggers can cause some people with misophonia to seek alcohol or drugs to help cope. Though some have said the mind-altering effects can diminish the effects of a trigger at the moment it arises, cumulative substance use can have the opposite effect, heightening someone’s overall sensitivity to triggers. For this reason, people with misophonia are generally discouraged from alcohol and drug use.

Research shows people with misophonia have diminished quality of life because of the emotional overwhelm they experience related to the sounds they find triggering. Since most trigger noises happen in everyday life and can occur in the home, workplace, or any social situation, someone with misophonia may be triggered multiple times a day. This can cause near-constant panic, paranoia, or aggravation. As researchers work toward a misophonia cure or a lasting way of addressing symptoms, it is important for someone who believes they may have misophonia to seek the support of a mental health professional.