What Makes a Risk-Taker Crave Adrenaline? 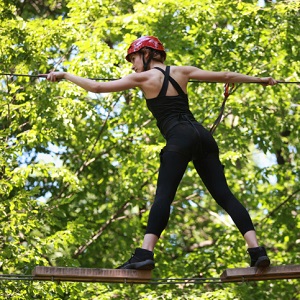 While most social networking profiles are populated with photos of friends and family coupled with a few political or religious rants, it’s easy to spot the page of someone who enjoys risky behavior. These are the social networking profiles covered in photos of skydiving missions, rugged camping trips, and endless exotic travel. While these images can be appealing, they can occasionally be an indication that someone compulsively takes dangerous risks. In some circumstances, they may even have an addiction to risk-taking. While most people are loathe to take on excessive risk every day, people who love the feeling of adrenaline are always looking for a life of adventure.

Although adrenaline addiction isn’t a recognized diagnosis—and is unlikely to become one—the “adrenaline junkie” really does exist. Adrenaline, sometimes called norepinephrine, is a hormone and neurotransmitter the body releases in large quantities during times of stress. It’s adrenaline that enables the fight or flight response, and when the body starts releasing large quantities of adrenaline, some people experience a powerful “adrenaline high.” Although everyone produces adrenaline in response to stress, some people crave the process, while other people find an adrenaline dump stressful and uncomfortable.

People who constantly seek adventure have a strong need for stimulation. This can be just a personality quirk. People with domineering type-A personalities are more likely to crave risk-taking. In some cases, though, a craving for adventure can be the product of a mental health condition. A person with attention deficit or ADHD, for example, might need more stimulation than most people, and may resort to adventure-seeking as a form of self-medication. People with domineering type-A personality are more likely to have problematic risk-taking behavior.

There’s nothing inherently wrong with being a risk-taker, especially if you are reasonably cautious. For physical activities, this includes wearing a helmet, listening to an instructor, and taking other basic safety precautions.  For some risk-takers, though, adventure can become an addiction. After the thrill is gone, risk-seeking individuals can experience a post-rush crash that yields feelings of depression or inadequacy. This can necessitate taking bigger and more frequent risks—much like a person’s tolerance to other activities or substances increases with addiction.

Daring physical risks, such as skydiving or BASE jumping, may be indicators of a distressing love of adrenaline,  but these aren’t the only ways people get adrenaline rushes. Creating conflict in your personal life can also spur an adrenaline rush. Some other signs that risk-taking may be problematic include:

Adrenaline junkies often lead interesting lives, and they can be fun to watch. In most cases, adrenaline junkies are just people out for a good time. Just like any other behavior, though, when the search for adrenaline gets out of control, it can lead to dangerous consequences. If you’re concerned about an adrenaline addiction, Adrenaline Addicts Anonymous offers group support.

Many therapists work with people who have problematic risk-taking behavior. You can look for therapists in your area by searching on the GoodTherapy.org therapist directory.