Shifting Identities: Why Your Experiences Don’t Define You 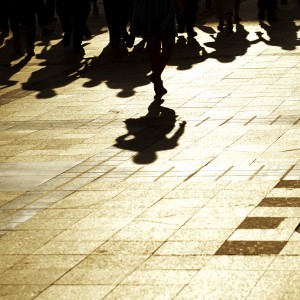 Rachel Dolezal, a Caucasian woman, has dominated recent news with her assertion that she identifies as black. Like many people, I was initially perplexed about why someone would choose to identify with an oppressed culture. What benefit is there to choosing to belong to a group of people who have been marginalized?

When people have difficult and character-forming experiences, they generally want them to be witnessed, honored, and respected. People with visible identities, as race typically is, naturally have this validating experience. For many people, parts of their identities and the way they understand themselves come from the struggles and challenges they have endured.

Poverty is a prime example. Though we may not consciously consider poverty an identity, for many people it is one. Many people who experience poverty have a shared experience of not having enough, being judged, and being marginalized. Poverty informs how people experience and interpret the world.

I worked with a 48-year-old woman—I’ll call her Nina—who consistently spoke of “being poor.” For most of her childhood, her family struggled financially and did not have their basic needs of food, shelter, and clothing met on a regular basis. When she was 14, her family’s situation changed. Her mother got a well-paying job, they bought a home, and they had financial security, as is true to this day.

As a grown woman, Nina continued to refer to herself as poor, though she factually had not experienced poverty for 34 years. Nina’s earlier experience of living in poverty was so defining that it became part of her identity.

This phenomenon is also true for internal experiences. Consider people who have experienced, say, addiction or depression. “I’m an addict” and “I’m a depressed person” are phrases that I have heard many times. People often define their entire being by a challenging part of themselves, when in reality it is one of many aspects and identities that comprise who they are.

As human beings, we are wired to connect to others and to be recognized and understood by others. Tightly gripping an “old” identity is a way to keep that part of you visible—to keep the struggle of addiction or depression or trauma or poverty as a real and acknowledged part of your existence.

Being depressed is not all of a person. It is an experience, albeit it an unpleasant one. People who are depressed are also parents and friends and colleagues. There are many other pieces to who they are in addition to their depression. However, unlike depression, being a parent is visible. Being a colleague is visible. People see and understand these roles and identities and, in turn, validate them.

What happens when life circumstances shift and their current experiences no longer fit their description of themselves? Though Nina no longer lives in poverty and has not for more time than she has, she still very strongly identifies with being “poor.” When someone is no longer depressed, does he or she still say, “I’m a depressed person”? Many people do. They become so used to understanding themselves one way that it becomes the dominant narrative of their life, even when it no longer fits the circumstances.

As human beings, we are wired to connect to others and to be recognized and understood by others. Tightly gripping an “old” identity is a way to keep that part of you visible—to keep the struggle of addiction or depression or trauma or poverty as a real and acknowledged part of your existence.

But you can release parts and identities that no longer fit while still having them as part of you and your story.

Narrative therapy is a technique that allows people to share and tell the stories of their lives. It makes visible what is invisible. The struggles, challenges, and resilience that you have developed during your lifetime are part of your story. The ways we self-identify at one point in our lives may be different than at another point, and both identities can be true. Narrative therapy helps to weave together these many different aspects of life into a multifaceted story. It gives us the richness and fullness of our experiences as people rather than limiting us to one way of being. It helps us understand that we are not only our race or gender or depression or addiction. Instead, those aspects are pieces of a changing, evolving, and larger picture of who we are.