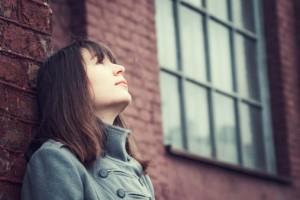 It is not unusual for well-meaning parents to use their influence to try to mold their children into their ideal of a “successful” person. But when parents are not welcoming of the child’s own wishes and desires, the child can become trapped in following the dictates of the family blueprint for his or her life. If the message to the child, either directly or subtly, is that differences and conflict are unacceptable, the child may become emotionally unable to express and tolerate conflict with parents. When negative feelings cannot comfortably be expressed in a direct way, they often find an unconscious outlet in behavior. Specifically, the child may unconsciously deprive the parents of what makes them feel like good parents by sabotaging his or her own success.

Fred felt unsuccessful. He was 29 years old and felt like a failure in his relationships with women and was confused about how he felt about his work life. He described a sense of dissatisfaction and discomfort: “I don’t know what’s wrong with me. I feel crappy all the time. I’ve been dating Sally for three months, but I don’t really know what I feel about her. I don’t know how I feel about my job. I know I don’t like going to work. I don’t think I’m a very good lawyer. I don’t know if it’s the firm or me. Probably me. I’m stuck and clueless about what I want and I can’t unstick myself from the status quo.”

As I became familiar with Fred’s life story, I learned that from the time he was born, his parents assumed he would follow his father and become a lawyer. Fred understood this from an early age. He described how his father would tell him that when he grew up they would work together. Fred’s parents guided him through all the “right” extracurricular activities, private schools, and college prep tutors to make sure he would get into the best college on his path to law school.

“They insisted I be on the debate team in high school. I actually didn’t like debating because my father typically engaged me, especially at dinner, in what felt like some kind of test or debate about current events,” Fred recalled. “He explained that this was necessary to help me hone my skills to be a lawyer. He always seemed so excited when he talked about my future as a lawyer. Even if I wasn’t sure, I knew that I could rely on him to know what was best for me. I pretty much didn’t think about it. I went to law school after college. Then my father got me a job at his friend’s law firm. He said he thought I should work there for a few years before joining his firm. So that’s what I did. I’ve been there for three years. I almost got fired after I messed up with a couple of clients. It really upset my father and he told me I need to stay there before I come work with him so I can turn my mediocre performance around.”

Fred seemed quite resigned to his situation.

“I can’t imagine what else I could do with my life,” he said. “My parents have done an amazing job of preparing me for this career. If I ever say that I’m not good at this or that and maybe I should think about something else, my mother gets teary. She says things like, ‘I don’t know what I did wrong that you don’t have any confidence in yourself.’ My father just gives me a pep talk, but it always sound like he’s disappointed in me. I usually end up feeling guilty and then I just don’t want to talk about it with them. But no one can help me figure anything out as well as they can. So I keep talking.”

As I listened to Fred during our sessions, I was very aware that there was inevitably some reference to a critical or disappointed comment from one or both of his parents. I remarked to Fred: “I notice that your parents sometimes respond to you with upset, disappointment, or criticism. How does this impact you?”

The more I talked with Fred, the better I understood how frightened he was of losing his parents if he were to express anger to them. If he asserted his own ideas, he feared being abandoned emotionally. He had never been given the tools to develop and have confidence in his desires and needs, and he didn’t have the internal resources to know what he wanted.

Fred looked surprised: “That’s how they keep me on the straight and narrow.”

“They want me to stay on course—to become a better lawyer, to settle down and have a family,” he said. “I can’t seem to get it together to do that.”

“Do you ever wonder if that is what you want or do you ever let yourself have fantasies of being on your own path?” I wondered.

“I don’t really let myself go there,” Fred replied. “They know what’s best. I don’t like to get into disagreements with my parents. It upsets them and then it upsets me.”

“What’s it like for you to be upset when you have disagreements with your parents?” I asked.

“It’s scary,” he said. “They sometimes get angry with me. I feel like I’ve done something terrible to them—really hurt them. My father gets cold, and my mother cries. I feel so guilty and it feels like I’ve chased them away.”

The more I talked with Fred, the better I understood how frightened he was of losing his parents if he were to express anger to them. If he asserted his own ideas, he feared being abandoned emotionally. He had never been given the tools to develop and have confidence in his desires and needs, and he didn’t have the internal resources to know what he wanted. He relied totally on his parents for direction and reassurance that he was OK. His parents have fostered his dependency by making it too frightening for him to assert himself against their wishes for his life. My understanding of the relationship between Fred and his parents became central to our work.

I was concerned about the consequences of Fred’s inability to express any anger or disappointment to his parents about their role in directing his life. His inability to extricate himself from their involvement was interfering with Fred’s ability to become a separate person who knows what he wants and how to get it. My thoughts about Fred and his relationship to his parents led me to the hypothesis that Fred’s lack of “success” in life was an unconscious expression of his negative feelings toward his parents. I thought it reasonable to consider that as long as Fred was “unsuccessful,” he would be depriving his parents of good feelings. They wouldn’t be able to take credit for their successful son. Perhaps this was the safest way for Fred to express his discontent without having to manage the consequences of directly disclosing his feelings. He couldn’t tolerate acknowledging to himself or to his parents that they had interfered with his ability to become a “successful” person who could make choices and assert what he wants.

I believed my hypothesis was probably correct, but I was certain that Fred wasn’t ready to consider it. I was open to the possibility that other hypotheses would emerge as we continued our work. For now, we had to focus on how Fred could get more comfortable with his anger so that he could stop his unconscious attacks on his parents and himself.

Assessing our work, I was clear that we would have to continue to go slowly in order for Fred to make progress. He relied so heavily on his parents for good self-feelings that I didn’t want to prematurely interfere with the importance of them in his life. I felt it was important to express appreciation for their intentions and not to criticize his parents. Cautiously and slowly, I hoped I could help Fred consider that in spite of their well-meant help, he hadn’t been given the opportunity to develop a sense of self and an identity that might be different from what his parents wished. Hopefully, Fred’s anger at the consequences of his parents’ behaviors could be titrated so that in very small doses he could allow himself to tolerate the feelings and gradually be comfortable with them.

As Fred and I move forward with his treatment, there has been some movement toward better self-feelings. Fred continues at the law firm and occasionally reports feelings of satisfaction about his work. He is still anxious about his next evaluation, but is talking less to his father about his worries and more to Sally, who he continues to date. In our session last week, he expressed some irritation toward his mother when she teared up because he told her he had plans with friends when she invited him for dinner.

Fred and I have been spending more time in our sessions talking about his uncertainty in his relationship with Sally. I have suggested to Fred that he might be disappointed with me for not helping him get clearer about his feelings and what he wants. While Fred hasn’t committed to expressing that I’ve disappointed him, he has responded: “You know it’s me, not you. Well, maybe you could do more.”

It may not seem like a significant response, but this was the first time (I’ve asked before) that Fred has considered my being a disappointment to him. I believe that Fred’s ability to express negativity toward me and get comfortable with his disappointment (and any other negative feelings) will be useful in helping him tolerate these feelings with his parents.

Eventually, I hope Fred and I get to a place where I can tell him about—and he can consider—my hypothesis that his unconscious anger is operating to defeat himself and his parents.

Small steps can lead to big ones. We will keep talking.