Why Can’t I Be Me: How Parents Can Stifle Individuation 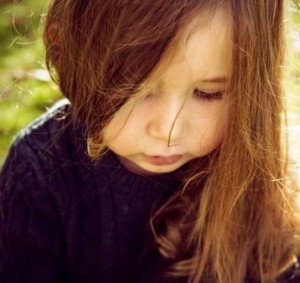 When I think of the people I work with in therapy, it is astonishing how many have had to grow up fearing a parent’s powerful responses if they fail to maintain their parent’s emotional equilibrium. Shame, anger, hurt, retaliation, and emotional and physical abandonment are just some of the serious consequences for children who attempt to be themselves in some families.

When subjected to these forms of physical and emotional mistreatment, children learn to protect themselves by becoming acutely sensitive to the feelings of their caregivers. To keep themselves safe, they quickly learn that they have the responsibility to soothe and get rid of their parent’s anger, hurt, uncertainty, confusion, and any other intolerable and unwanted feelings the parent may experience. If they can’t prevent unacceptable parental feelings, they must fix the parent’s feeling state through apology, soothing, or even acceptance of the parent’s lashing out with shaming, humiliating treatment.

If the child is unsuccessful at this, the parental assaults, sometimes subtle and other times powerful, convey many messages: “It’s your fault I’m hurt, upset, sad, etc.”; “You have failed in your responsibility to make me feel good”; “You are a bad person.” Most prominent is the message: “To safeguard my feelings, you must be who and what I need you to be.”

This has many repercussions for the development of the child’s identity, sense of self, and agency.

Cynthia, 47, is married woman with an 11-year-old son, Jason. She describes herself as having been depressed and anxious for as long as she can remember. She attributes her severe anxiety to her relationship with her mother, who lives nearby. Cynthia explained why she decided to seek therapy:

“I have always been anxious and depressed. But I just can’t take it anymore. I’ve been careful around my mother my whole life. I’m so afraid to hurt her feelings or get her angry. I bend over backward to sound cheerful, never ask for anything, tell her how wonderful she is. Even when I don’t think I’ve done anything wrong, I always apologize. Now she is doing with my son what she has always done with me. She’s trying to run his life. She gets all weepy or angry and makes him feel like a bad person when he doesn’t go along with what she wants. My life goal has always been to keep my mother happy. I know I never let myself think about or go after what I wanted for myself. Now I can’t let her do that to my son. But it’s just so scary to try and protect him. She will tell me what a horrible mother I am and then get icy cold to me. I don’t think I can withstand that rejection. I probably am a terrible mother.”

Working with Cynthia, I soon discovered that her life was organized around her need to be vigilant. She rarely made a decision or undertook a meaningful action without obsessively worrying about how her mother would feel and respond:

“Jason has been begging Howard (her husband) and me to let him go to a travel camp this summer. His best friend is going, and they would mostly be going to some national parks out west. Howard thinks it’s a great idea. But I know my mom will think it’s dangerous and that he’s too young. If I don’t do what she thinks is best, my mom will be so hurt and upset. I’ll be the one who has made her an anxious mess. Then I will be a wreck. It scares me that I’m actually more worried about her feelings than about whether this is a good idea for Jason. I’m always thinking ahead about how everything will be seen by her. Her feelings rule my life. I know if I agree to let Jason go traveling, I will be attacked and then get the cold shoulder. It’s wrong that I’m more afraid of my mother making me feel so rejected and like such a bad person than I am about whether this is OK for Jason. I think I am even more afraid that if we send Jason to the camp, my mother will start on Jason like she has in the past. When he wants to do something that she doesn’t approve of, she gets that distant, frigid look and tells him that he is being mean to her and doesn’t love her. I don’t know what to do. I’m frightened all the time.”

In our therapeutic work, we began to realize how Cynthia’s vigilance was designed to protect her from the painful and frightening consequences of her mother’s behavior toward her. As we uncovered and explored Cynthia’s memories and associations, Cynthia became aware of how terrified she was of her mother. In one session, Cynthia began to cry and tremble as she recalled:

“I remember when I was in kindergarten—oh, it was so awful. I had peed in my pants, and the teacher was very kind. She called my mother to bring me some fresh clothes. All I can think of is my mother’s face when she showed up.”

Cynthia began to sob: “She looked so angry and scary. She took me into the bathroom at school and yanked my clothes off. She yelled at me and with a twisted face said something like, ‘How could you embarrass me like this? You are disgusting.’ I felt so ashamed and humiliated. I kept crying and saying, ‘I’m sorry, I’m sorry.’ ”

The more we talked and the more memories that Cynthia recalled, the clearer it was that Cynthia’s mother terrified her. Not only did Cynthia have to protect herself from repeated shaming, she always felt at risk of being abandoned by her mother emotionally and sometimes physically. Cynthia described how she knew she had to be good:

“One time, I must have been about 7 or 8; we had a housekeeper who gave me a present for my birthday. When my mother learned about it, she made me give it back. Then she screamed at me for taking something from someone who had no money. And yelled things like, ‘What kind of person are you?’ Then, as usual, she told me I had embarrassed her and that I didn’t deserve to have her for a mother. I think I remember being stunned. Then she slammed the door to my room and left the apartment. I was all alone. I don’t remember how long she was gone, but I was so frightened. I never knew what would set her off. But I soon understood that I was always in danger of being rejected or shamed and humiliated.”

Impact on Separation and Individuation

It is easy to understand how Cynthia’s fears necessitated compliance with her mother. The only means she had to protect herself was to live in her mother’s shoes and anticipate her wants, needs, and demands. Growing up, her emotional life was stunted. The constant need to be prepared to prevent or soothe her mother’s destructive behaviors had a huge mental and emotional cost.

Because Cynthia needed to be available for her mother’s use, her head was always preoccupied with anxieties about what her mother wanted and how to provide it. This left no emotional space to discover her own wishes and desires. Indeed, it would be dangerous to be too aware of being separate from her mother: to even know her own needs would run the risk of conflict and the painful consequences that would follow. This left Cynthia as a person who has no sense of herself as a person who knows who she is or what she wants.

As long as Cynthia succeeded in regulating her mother’s emotional state by keeping her feelings positive, Cynthia could stay safe. She could shield herself from the pain inflicted by her mother’s outbursts of terrifying feelings and reduce the risk of being rejected, as when her mother became cold and abandoned her emotionally or physically.

As Jason is getting older, it is becoming more difficult for Cynthia to maintain her disconnection from her own undeveloped self. While she has not had much opportunity to become a separate, individuated person, there are nascent wishes and dreams for herself that are beginning to emerge and grow. Her awareness of the destructiveness of her mother in relation to her son has helped her to emotionally understand what her own experience with her mother has been like and what the consequences have been. This has made it more difficult to ignore the steadily increasing volume of her own needs.

Cynthia is slowly becoming less afraid of her mother and of her own emerging, differentiated self. She wants something different for Jason: “I am going to try and fight for him. It is getting more scary to think that he is going to repeat my history than that I am going to be rejected by my mother.”

Cynthia understands that the power and hold of the early fears of her mother and the terror of shame and rejection are not easy to overcome. But the desire to help her son provides powerful motivation as she struggles to differentiate and separate. She knows that her challenge is to become less afraid so she can tolerate the feeling that she is harming her mother and will lose her if she asserts herself. Cynthia is committed to developing herself and learning who she is and what she wants.