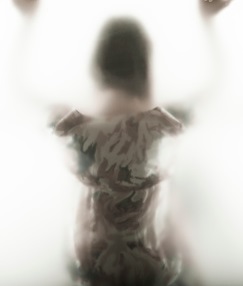 Voyeurism is a sexual interest in watching people involved in traditionally private behaviors such as undressing, showering, or having sex.

Voyeurism is a sexual paraphilia involving fantasies about watching others engaging in intimate acts. People who are voyeuristic also sometimes fantasize about listening in on sexual conversations. The diagnostic criteria for voyeurism outlined in The Diagnostic and Statistical Manual (DSM) require that a person experiences urges or fantasies about watching people engaged in intimate acts over a period of at least six months and that the person has either acted upon the urges or been disturbed by them. Voyeurism typically contains an element of non-consent or unawareness of the person being watched.

How is Voyeurism Treated?

Voyeurism can have serious legal consequences when a person who is voyeuristic spies on neighbors, for example,  or attempts to monitor the intimate acts of people he or she does not know or who do not consent to being watched. Some people with the condition may not seek help until after being arrested. Therapy aimed at helping a person stop intrusive thoughts of voyeuristic acts and alter his or her voyeuristic behavior can be especially helpful. Therapists treating voyeurs often work to help them find more acceptable outlets for their sexual desires. Sometimes this includes acting out voyeuristic fantasies with a partner’s consent, but more typically includes helping the person find other fantasies that do not involve voyeurism.

There are currently no drugs used to treat voyeurism. However, when a voyeuristic person is involved in the criminal justice system, he or she might be given drugs to inhibit sexual desire, which may also inhibit the desire to participate in voyeurism