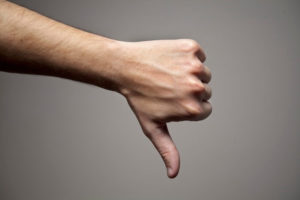 Pessimism can be described as a tendency to think negatively. A person who is pessimistic may frequently identify and focus on the negative, or unfavorable, aspects of a situation rather than concentrating on what is going right.

Optimism is considered by many to be the opposite of pessimism.

Pessimism can refer to a fixation on the darker aspects of a situation or event, to the expectation of a negative outcome, or to a lack of hope for the future. Those who tend toward pessimism may also feel helpless and believe that any actions taken are unlikely to have an impact on a negative outcome. They may believe themselves to be passive agents in the world and largely attribute any chance of success to external factors that cannot be controlled.

Optimism and pessimism are not necessarily completely opposite constructs, as is commonly believed to be the case. Rather, they can be thought of as a continuum: A person can maintain optimism about certain areas of life and tend toward pessimism in other areas.

Some examples of pessimism include:

Pessimism as a Personality Trait

Pessimism can manifest as a personality trait, as studies show it may be at least partially influenced by genetics. Genetic makeup can influence an individual’s perception of the world by amplifying negative experiences and emotions. People who are pessimistic may also be more likely to notice potential risks and experience anxiety or worry. However, environmental factors and epigenetics also play a role in whether one tends toward pessimism.

Some individuals may also be more prone to pessimism bias, meaning they are more likely to overestimate the probability of a negative outcome. Some research has indicated pessimism bias may be more common in women than in men. It’s also been shown to occur more frequently in people who experience depression.

Although pessimism can be a broad perspective that affects general worldview, it is not necessarily a stable trait that remains unchanged throughout one’s lifetime. Research suggests that people can learn to be more optimistic.

As the idea of positive psychology has increased in popularity, much has been written about the ways in which maintaining a positive, hopeful outlook can improve mental and physical health. However, research about the effects of pessimism on physical health is somewhat contradictory: While some studies have found that an optimistic outlook can lead to a longer life, others have found that pessimism about the future can actually increase longevity. The tendency to anticipate negative outcomes may lead people to take more precautions, which may in turn lead to improved health.

Pessimism has been linked to mental health issues such as anxiety, stress, and depression. Some research links pessimism to inflammation and lower immunity. One study even identified increased pessimism as a suicide risk in adults.

A person who consistently anticipates negative outcomes may be more likely to feel sad or worried, but a pessimistic outlook does not necessarily lead to the development of mental health concerns. In fact, a concept known as defensive pessimism explains how pessimism can be a good thing. People who are defensively pessimistic consider what might go wrong in order to explore their potential reactions to the negative situation or occurrence. They may be more prepared to deal with difficult emotions than those who do not tend to consider possible negative outcomes, and they may also be more likely to consider a variety of strategies helpful for avoiding and solving problems.

Pessimism may be closely associated with cynicism, but there are some key differences between the two concepts. While cynicism may develop over time and is typically directly related to negative life experiences, pessimism may more often appear as a personality trait with or without life experience. And while some amount of pessimism may be viewed as healthy and balanced, cynicism is most often seen as detrimental to one’s mental health. However, both cynics and pessimists may tend not to trust others or believe that others have good intentions.

How to Overcome Pessimism

While some amount of pessimism is necessary and can even serve a protective function, too much pessimism or unbalanced pessimism may lead to poorer mental health and can cause people to limit themselves, leading to the loss of opportunities for growth and success.

Some strategies that may help individuals to be less pessimistic include:

If an overly pessimistic outlook is causing trouble in your life or relationships, you don’t have to handle it alone. A trained and empathetic therapist can help you overcome mental health symptoms associated with pessimism and challenge thought patterns that lead to pessimism. Find the right therapist for you.