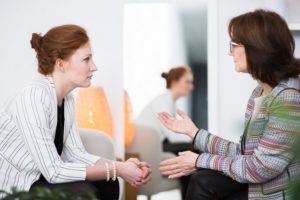 Countertransference, which occurs when a therapist transfers emotions to a person in therapy, is often a reaction to transference, a phenomenon in which the person in treatment redirects feelings for others onto the therapist.

In other words, it is necessary for therapists to master the tendency to participate in unconscious countertransference by developing healthy boundaries and remaining mindful of the threat posed by countertransference, both to the therapeutic relationship and a therapist’s work with people seeking treatment.

In contemporary psychology, clinicians typically make a distinction between helpful and unhelpful countertransference. Many contemporary psychologists openly share their own feelings with the people they are treating and may use countertransference, in a conscious manner, to understand differences between their own experiences and the experiences of the person in therapy.

Not all countertransference is problematic. For example, a therapist may meet with a person who has extreme difficulty making conversation. The therapist may begin, unwittingly, to lead the conversation and provide additional prompts to the person in treatment to encourage discussion. A therapist who realizes this can then point to the countertransference to help that person better understand the effect that difficulty making conversation can have on others. A therapist who has experienced the same issues as a person being treated may also be able to empathize with that person more deeply, whether the therapist decides to share those personal stories or not.

However, a problematic example of countertransference might occur when a person in treatment triggers a therapist’s issues with the therapist’s own child. The person being treated, for example, might be defiant with the therapist and may transfer defiance felt toward a parent onto the therapist. If the therapist reacts to the individual as one would react to one’s own child, by becoming increasingly controlling, for example, without recognizing the countertransference, this could negatively impact the therapeutic relationship and perpetuate unhealthy patterns in the life of the person in treatment.

A therapist might also feel ill-equipped to deal with an individual who expresses personal preferences and beliefs differing from the therapist’s own, such as racist or homophobic views. In good therapy, however, a therapist can still help an individual who has differing opinions by attempting to understand where any damaging or potentially harmful beliefs stem from and discussing that history with the person in treatment.

How to Deal with Problematic Countertransference

A therapist who spends a significant amount of time engaged in self-disclosure or who seems overly interested in insignificant details of a person’s life may not be attending to or even recognizing the presence of countertransference. Therapists can endeavor to be particularly mindful about recognizing their own feelings and fears when working with an individual who has experienced a personal trauma or stress the therapist has also experienced.

In the course of therapy, a therapist may come to experience an attraction to a person in treatment. While an attraction in itself is not an unnatural occurrence, the therapist must be able to recognize these feelings and deal with them in a healthy manner to prevent the development of an inappropriate relationship with a person in therapy.

Countertransference is sometimes seen in therapists who are treating a person who has been exploited sexually by a previous therapist. In these cases, it is possible a therapist may be under-involved with the situation and identify with the perpetrator, blame the victim, or refuse to believe the victim, and possibly discourage the individual from taking action against the perpetrator.

On the other hand, therapists might also demonstrate countertransference by becoming over-involved with the situation, exhibiting outrage, distancing themselves from the perpetrator, attempting to compensate for the perpetrator’s actions, and pushing the individual to take action, regardless of the exploited person’s wishes. Regardless of personal feelings, the therapist must be careful to maintain a middle ground when treating a person who has been abused by a past therapist.

Signs of countertransference in therapy can include a variety of behaviors, including excessive self-disclosure on the part of the therapist or an inappropriate interest in irrelevant details from the life of the person in treatment. A therapist who acts on their feelings toward the person being treated or that person’s situation or engages in behavior not appropriate to the treatment process may not be effectively managing countertransference.

A person in therapy who suspects a therapist of harmful countertransference might consider bringing it up in a session, if it is safe to do so. Making the therapist aware of the issue may be enough to solve the problem, but obtaining a second opinion might also be of benefit in some cases. If the issue does not resolve, finding a new therapist may be a possible solution. Grossly unethical behaviors are often best reported to a licensing board or some higher authority.