What Your Doctor Won’t Tell You about Male Hormonal Cycles 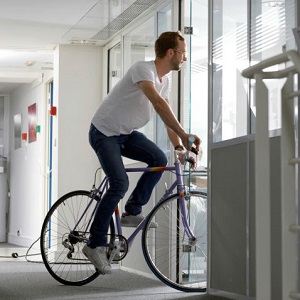 Let’s face it: Every woman on the planet knows about hormonal cycles. They’re difficult to ignore. Most men, on the other hand, are taught from the time they are born that being manly means denying anything in us that might be viewed as “feminine.” I still remember the taunts when I was a kid. “What’s the matter with you, Diamond, you throw like a girl.” Or, “Look, he’s going to cry, just like a little girl.”

It’s no wonder guys grow up convinced that we’re not “hormonal.” But is that true? Many of us know intellectually that we have hormones. We know we’ve got testosterone. Many of us have a vague idea that we also have estrogen coursing through our bloodstream—a fact we’d like to ignore. Hormonal cycles? That sounds too “fem” for many of us to even contemplate.

I first began to recognize that there might be more going on inside me when I began doing research on andropause, or male menopause, in the early 1990s. I was seeing changes going on with midlife men at my health clinic that seemed similar to what I saw with women going through menopause. Many of the men were having “night sweats” and “hot flashes.” Others were on an emotional rollercoaster, up one minute and down the next. Some were having unexplained joint pain, and others were having problems becoming aroused or having intercourse.

I began interviewing midlife men and women to find out what they were experiencing. Most of the men thought the idea that they were “hormonal” was ridiculous. Most of the women had a different view. “Well, it’s about time you guys finally figured out you’re hormonal,” one woman told me. Eventually, I interviewed more than 1,000 men and women, and 30,000 filled out a questionnaire I developed. The results were published in my books, Male Menopause, in 1997, and Surviving Male Menopause: A Guide for Women and Men, in 2000.

Do Men Have Hormonal Cycles?

Although most of us now accept that women and men have “male” and “female” hormones, it is more difficult to accept that men also have hormonal cycles. According to endocrinologist Dr. Estelle Ramey, professor at Georgetown University Medical School, “The evidence of them may be less dramatic, but the monthly changes are no less real.” But if men do have hormonal cycles, why don’t they recognize or talk about them? Dr. Ramey believes it is because men respond to their cycles in a way that is a function of their “culturally acquired self-image. They deny them.” This denial is the main reason she believes the largely male scientific and medical communities have taken so long to recognize hormonal cycles in men.

Winifred Cutler is one of the world’s leading experts on hormonal cycles. She has published more than 35 scientific papers, is co-inventor on five patents, and has authored eight books, including Love Cycles: The Science of Intimacy. “Now it is known that men show a hormonal rhythm,” she says. “A rhythm I call the hormonal symphony of men.”

A cycle might last a few minutes, a day, a week, a month, a season, a year, or a lifetime. When we go to sleep, our testosterone levels rise hour by hour until, by the time we awaken, they are at their highest (morning erections, anyone?). By the early and late morning, our levels typically level off and begin to decline. By late afternoon, our testosterone is usually at its lowest ebb. No wonder it’s more difficult for me to get up for the “afternoon delight” my wife thinks is wonderful, while I’m more interested in a morning romp.

Men’s hormones cycle throughout the year. In studies conducted in the United States, France, and Australia, it was found that men secrete their highest levels of sex hormones in October and their lowest levels in April. There was a 16% increase in testosterone levels from April to October and a 22% decline from October to April. Interestingly, although Australia, for example, is in its springtime when France and the United States are in their autumn, men in all three parts of the world showed a similar pattern of peaks in October and valleys in April.

Men also have monthly hormonal cycles, though there are some interesting differences and similarities between women’s and men’s cycles. Women’s monthly cycles are more predictable and synchronous. Women who live in close proximity find that their monthly cycles begin to align. Men’s cycles seem to be more unpredictable and individual. A study of young men showed that the majority had a discernible cycle of testosterone with repeating rises and falls, but each man who did show a cycle had a cycle unique to himself.

“Testosterone levels oscillate every 15 to 20 minutes in men, and also follow daily, seasonal, and annual rhythms,” says Theresa L. Crenshaw, author of The Alchemy of Love and Lust. “The morning highs, daily fluctuations, and seasonal cycles whip men around. Think about the moment-to-moment impact of testosterone levels firing and spiking all over the place during the day and what this must be doing to a man’s temperament. Men who so strongly need to feel in control are in fact in much less control than they realize. No wonder they can be so, well, testy!”

I suspect that we’d all be better off if we recognized that men, like women, have our own challenges dealing with our hormones. The great philosophers tell us to “know thyself.” Knowing and accepting our hormonal cycles may be the most important knowing we can have about what it means to be a man.