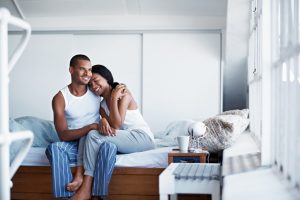 Despite the growing number of sex therapists and sex educators in mental health, coaching, and self-actualization fields, many counseling and social work training programs spend minimal time on sex therapy education, or else include it as a side dish to the core curriculum. This may in part reflect the way our culture continues to view sexuality as separate and distinct from the rest of who we are and how we function socially. All the more reason couples therapists, whatever their specialization, need to consider how sexual dynamics can fuel apparent non-sexual issues such as communication, role expectations, or anger management needs.

Desire discrepancy—a difference in the intensity and frequency of sexual desire—can underlie other seemingly non-sexual couples conflicts, ones that are more socially acceptable or easier to talk about. Take Marie and Jeff, a fictional composite of couples I’ve worked with in my practice. They seek couples counseling because Marie gave Jeff’s second car to charity without his explicit permission and Jeff won’t accept Marie’s apology. During sessions, Jeff remains calm but insists he’s confused and distrustful. He believes Marie is the problem in their relationship. Marie rationalizes her actions. She blames Jeff’s materialism rather than owning up to her anger toward Jeff.

Attempts to address the couple’s sex life result in responses such as, “We had sex the other night,” or “This isn’t about sex.” Jeff and Marie inadvertently collude with each other to avoid the underlying issue of their sexual dynamic and the shame and fear it triggers, focusing instead on differences in their value systems and communication styles. The couple ends the therapy cycle with Marie promising to respect Jeff’s property and Jeff agreeing to give her another chance.

The couple hasn’t explored the deeper sexual issue. The therapist, trying to walk the line between meeting the couple where they are and challenging them to risk greater authenticity, may end up being too careful in her interventions.

In this hypothetical case, Marie and Jeff return a year later, after Marie has had an affair with a coworker. Jeff is considering a divorce. Now there is no way to avoid talking about sex. Over several sessions, Marie admits to feeling rejected consistently throughout their marriage due to Jeff’s apparent lack of interest in more frequent sex. Most of her ex-boyfriends initiated sexual activities, but Jeff has always seemed content waiting for her to initiate. Even when she initiates, he has sometimes asked for a “rain check.”

Marie admits to having felt hurt, unwanted, and undesirable since their honeymoon. Jeff, who grew up in a strict, religious home and has had far fewer sexual experiences than Marie, admits to feeling sexually conflicted for most of his life. He has coped by masturbating excessively in private. For a year before the affair, he would initiate sex with Marie only when he was drunk. His shame about his sexuality dovetailed with her fear she was undesirable or “too sexual.” Marie’s feelings of anger, hurt, and sexual shame led her to ignore Jeff’s inner emotional reality and to seek validation in an affair.

Unaddressed desire discrepancy and the feelings it can trigger can fuel conflicts in relationships while masquerading as a non-sexual issue. “Some couples avoid conflict by exiting, and others avoid the real issues they want to discuss by camouflaging them with other things,” Tammy Nelson writes in her book The New Monogamy. “They may talk about the children or work, for instance, when they really want to talk about the marriage. Or they might talk about money when they really want to talk about sex.”

It’s important to consider how a couple’s experience of desire with one another will impact and influence their well-being, resilience, commitment, openness, and flexibility. When differences in a couple’s desire levels and needs can be addressed openly and collaboratively, the negative charge leaking into other areas of their relationship may decrease as more primary needs for honesty, affection, and attachment are met.

Exploring each person’s experience of desire and desirability has tremendous potential to alter the course of a partnership for the better. It can provide couples with important information about relational imbalances and psychological red herrings distracting them from difficult but necessary conversations. Helping guide and frame safe, honest talks about desire levels and differences in sexual desire can free up couples who are stuck in specious, dead-end power struggles. It can encourage a more adventurous approach to leisure time together, freeing couples to creatively work through sexuality-related issues.

Couples therapists who are not necessarily sex therapists can proactively help couples understand limiting sexual dynamics by focusing on desire levels and differences. This may involve normalizing the shame that can surface in sexual discussions. Because conversations about desire and desire differences often evoke emotional reactions, it’s important to monitor and normalize a couple’s discomfort and help partners self-soothe as they speak and listen. The personal, cultural, gender, and familial conditioning we’ve all received related to sexuality can make it a challenging issue to explore.

Just sharing and taking ownership of assumptions related to one partner’s experience of desiring sex when the other partner doesn’t, or of not being adequately responsive to a partner’s sexual needs, can start to bring important vulnerabilities to the surface. When couples calmly and openly talk about their desire or lack of desire, shame is reduced and change becomes possible.

For Marie and Jeff, identifying the differences in their desire for sex is crucial to beginning the process of truly defusing their conflicts. Once they work through the crisis of the affair, a new phase of growth and erotic development can begin. For Marie, it might involve finding ways to undo the painful messages she carries about her self-worth and her desirability. It might involve finding a group of women who support her in embracing her sexuality through dance, music, or some other expressive art. It might include exploring ways she can experience arousal and orgasm alone or with Jeff present. For Jeff, it might involve consciously allowing himself sexual fantasies and sharing them with Marie, or agreeing to read books or take courses that reduce the stigma he feels around his sexuality.

Discussing desire—low desire, mismatched desire, and even desire for more desire—can help partners shift from a destructive, antagonistic position to one of greater understanding where each person takes more responsibility for who they are, who they want to become, and the sex life they want to create together. As Nicole Daedone points out in Slow Sex, “The more we resist our sex problems, the more irritating/frustrating/painful they become. They start to take up a lot of energy—energy we might otherwise be putting toward other things.”

Just sharing and taking ownership of assumptions related to one partner’s experience of desiring sex when the other partner doesn’t, or of not being adequately responsive to a partner’s sexual needs, can start to bring important vulnerabilities to the surface. When couples calmly and openly talk about their desire or lack of desire, shame is reduced and change becomes possible.

As shame diminishes, it’s easier to relate from a position of strength. Making implied but unacknowledged sexual expectations explicit and openly revealing feelings of anger, hurt, fear, shame, or inadequacy related to mismatched desire can help defuse hostility in other areas of a couple’s life. Acknowledging the truth of sexual needs and longings is a key step in shifting a couple into a more satisfying relationship.