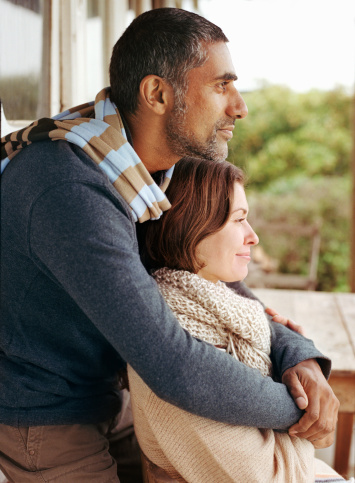 Challenges in a Serodiscordant Relationship

Additionally, because both HIV and the medications that treat HIV can have unpleasant effects on the body, the positive partner may feel unattractive or undesirable, in addition to coping with poor health. Partners may also become cautious or feel wary about engaging in specific sex acts, such as intercourse, and they may cease certain kinds of sexual activity altogether. Restrictions surrounding physical intimacy can affect a relationship negatively, as regular sexual intercourse is generally considered to be an essential part of a healthy intimate relationship.

Transmission Risk in a Serodiscordant Relationship

Although there is always some risk of transmission involved in sexual contact with an HIV-positive person, there are many ways to reduce that risk. Antiviral medications (ART) both control the infection and render it less likely to be passed on to an uninfected partner. Condoms, when used correctly, also significantly reduce the risk of HIV transmission.

Pre-exposure prophylaxis, or PrEP, is another way that HIV-negative partners can protect themselves. When taken correctly by the negative partner, this pill has been shown to reduce the risk of transmission by up to 90%. Some couples forgo the medication, however, choosing to continue to protect themselves with condoms rather than taking a medication they deem unnecessary. In heterosexual couples, this medication can be helpful if the couple wishes to conceive a child naturally. An HIV-positive partner on ART with an undetectable viral load is very unlikely to transmit HIV to a negative partner who is taking PrEP.

Partners can also participate in sexual activities that carry less risk, practice good communication, and educate themselves about the transmission of HIV and other sexually transmitted diseases, which is particularly important when partners may be sexually active outside the relationship, as in a polyamorous relationship. These steps may also prove beneficial to any healthy relationship.

Some couples find that therapy—both individual and couples counseling—can help them balance the stresses of a serodiscordant relationship.