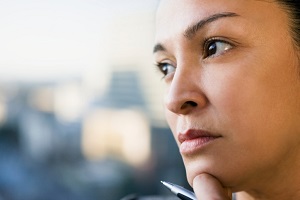 In my initial posting for GoodTherapy.org, I wrote about the fact self-testing for HIV is a reality in the United States. What this effectively does is change the access point for people to find out their HIV status. Prior to this, the only way to legally get tested was through a testing clinic (including health centers, testing vans, and Planned Parenthood) or through a medical provider. I say “legally” because people could buy self-tests online and have them shipped to their homes, but these were neither FDA-approved nor legal.

Since the approval, people can choose when and where they want to get tested. This has both clinical and legal implications for clinicians and clients. Future postings will explore many of the clinical issues, but as a starting point, it is important for clinicians to know some of the basics, especially the laws regarding transmission and disclosure.

Taking an HIV test does not change one’s status. It changes one’s knowledge about one’s status. The way current laws are written in most states, the concern is not as much with the former as it is with the latter. In more than 30 states, there are laws on the books regarding the transmission of HIV. These laws vary greatly, but broadly fall under two categories.

We often hear it said that “knowledge is power.” With regard to taking an HIV test, this has truth. As mentioned, the test does not change one’s status, just his or her relationship with the truth of status. However, as can be seen from the first category above, knowledge also has greater consequences. If someone has HIV and engages in sexual activity, but he or she does not know HIV status, the law may not hold the person accountable.

When working with clients, it is imperative that we continue to strive for higher levels of functioning than laws that blame the “perpetrator,” who, in many cases, also has been the “victim” (of cultural violence, for example). It is a deadly cycle, and one that we can help break with good foresight. From my training with the American Psychological Association’s HIV Office of Psychology Education (HOPE), we learned that the law, as intimidating as it is, is the lowest level from which we operate, often puts us in ethical binds, and we have to use our ethical dilemma models to act in the best ways we know to reduce harm and maximize benefit while documenting every step.

Back to the issue of HIV self-testing and implications for clinicians: Given that it is now possible that people can self-test (and more people will as advertising increases on places such as Facebook, MTV, and Comedy Central), it is important that clinicians become familiar with their state laws regarding transmission. This is especially the case for clinicians working with sexually active youth and young adults, and/or sexually active clients with addictions. A list of states and transmission laws, including what constitutes a felony, misdemeanor, or finable offense, can be found here.

Clinicians will also need to consider potential liability issues if he or she is the only person to whom the client has disclosed HIV status (say, in a situation where the person has self-tested and is not seeking treatment) and the person spreads HIV. Do we collude with the client and deny his or her HIV status in the absence of any other documentation? How do we document agreements with clients regarding disclosure?

As with all ethical dilemmas, there really is not clarity as to what is the right thing to do. What we can do is to make sure we have a reliable framework with which to address ethical dilemmas, colleagues with whom we can consult, and knowledge of the law in our state. Where laws exist, we should make sure the client is aware as well.

If people have questions or would like to explore any of this further, please feel free to reach out to me. We serve our profession and clients better when we are not caught off-guard, and this is one of those issues we should be considering.