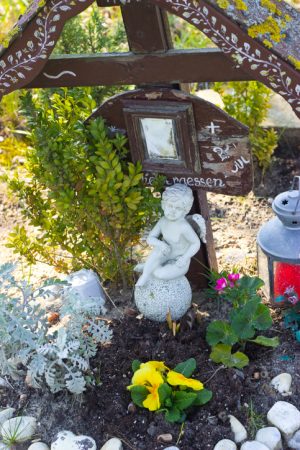 Survivor guilt is a particular type of guilt that may develop in people who have survived a life-threatening situation. Individuals who believe it is unfair that they survived when others died and/or believe they did not do enough to save the lives of others may come to experience survivor guilt after trauma or a catastrophic event.

What Is Survivor Guilt?

A common experience among those who have survived life-threatening situations, survivor guilt has been identified in veterans, those who survived the Holocaust, 9/11 survivors, first responders, and transplant recipients. Relatives of those with a hereditary illness may also experience survivor guilt when they do not develop the illness, as might any survivor of a large-scale disaster, such as an airplane crash or earthquake.

Symptoms of survivor guilt typically include nightmares, difficulty sleeping, flashbacks to the traumatic event, loss of motivation, irritability, a sense of numbness, and thoughts about the meaning of life. Individuals who experience survivor guilt may wonder why they lived when other people died, why they got lucky when others did not, whether they could or should have done anything more to prevent the death of others, and whether others suffered during the event.

Although survivor guilt can have a lasting and significant impact on mental and emotional well-being if unaddressed, it may also serve an adaptive function. Those who survive may transform their feelings of guilt into a sense of increased meaning and purpose. They may also use survivor guilt as a way to cope with the feelings of helplessness and powerlessness that can occur in traumatic situations. For some, survivor guilt may also represent a connection to those who died, as feelings of guilt may keep the memories of the deceased alive, at least for a time.

Survivor guilt was listed as a specific diagnosis in the Diagnostic and Statistical Manual until the publication of the fourth edition, when it was reclassified as a symptom of posttraumatic stress.

Survivor guilt can develop following a small-scale event (such as a car accident in which only some people died or when a loved one dies by suicide) or larger-scale tragedies (such as the 9/11 terrorist attacks or mass shootings). Many of those who survived the Holocaust were found to have experienced significant feelings of guilt, especially those whose children were killed by the Nazis, as many believed they had failed to save their children.

People who are the lone survivors of a traumatic event may have a particularly difficult time coping with feelings of guilt, since there no other individual can relate to the experience they survived.

Does Everyone Experience Survivor Guilt?

Not everyone who witnesses or experiences a traumatic event will develop the intense feelings of guilt associated with survivor guilt. Certain factors, such as a history of trauma, the presence of depression or another mood-related condition, low self-esteem, or lack of social support can increase a person’s likelihood of developing survivor guilt.

Children, adolescents, and others with underdeveloped coping skills may be more likely to experience survivor guilt.

Although feelings of guilt associated with surviving a life-threatening event can be painful and difficult to overcome, it is possible to address and cope with such feelings. It may be helpful to first acknowledge those feelings and recognize that they are both common and a natural part of the process of healing from grief.

A self-care routine is also considered to be an important part of emotional healing. Self-care typically involves regular physical movement, soothing or relaxing activities, a nutritious diet, and plenty of rest. Support is also a crucial component of coping with survivor guilt. Speaking with others who shared the experience; attending a support group; or seeking help from a trusted mentor, adviser, or spiritual counselor can help an individual feel understood. Some may also find it helpful to find a way to memorialize or honor the deceased.

When survivor guilt is so severe that it impacts a person’s ability to function in daily life, the support of a therapist or counselor may be recommended. A therapist can help individuals manage and process painful emotions and challenging distorted patterns of thinking that may contribute to guilt.