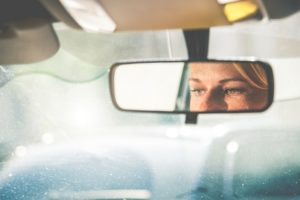 Colloquially, many people use the terms psychopath and sociopath interchangeably with antisocial personality. A common assumption is that all people who have ASPD are incapable of emotion and feeling and will eventually commit violent crimes and harm others. It’s true many people living with ASPD typically don’t feel remorse or guilt. They may also lack empathy, struggle to understand the emotions of other people, or experience frequent legal issues, due to a tendency toward impulsive and often dangerous or illegal actions.

But sociopathy isn’t a mental health diagnosis, and not every person with ASPD will hurt other people or engage in violent acts. It’s possible for people who have ASPD to avoid actions that could harm others, especially when they have support from a compassionate therapist. In therapy, people can develop interpersonal skills along with coping techniques for impulsivity and aggression. These tools can benefit people who want to improve relationships and avoid illegal or dangerous activity and behaviors that harm others.

It’s possible for people who have ASPD to avoid actions that could harm others, especially when they have support from a compassionate therapist.

How Common Is ASPD?

The estimated prevalence of ASPD may vary depending on the study and criteria used. According to the Diagnostic and Statistical Manual of Mental Disorders (DSM-5), between around 0.2 and 3.3% of the population has ASPD in a given 12 month period. This condition is only diagnosed in people over the age of 18.

More than 90% of people diagnosed with ASPD also live with another mental health issue. Substance abuse is the most common co-occurring condition. Research suggests ASPD occurs much more frequently in men diagnosed with alcohol use disorder. Higher prevalence is also seen in prison settings, as well as population samples from impoverished areas. Other common co-occurring issues are anxiety and depression.

Though ASPD is far less common in women than it is in men, some research has suggested when ASPD develops in women, the condition may become more severe. Women living with ASPD are even more likely to abuse substances than men living with ASPD. However, research also indicates antisocial behavior may persist longer in men. Men who have ASPD also have an increased risk of early death.

It’s not uncommon to hear antisocial used to refer to people who prefer to be on their own and avoid spending a lot of time with others. But “asocial” is a more accurate way to define this lack of interest in social interaction. Asocial can describe a general disinterest in society and engagement with others, but it doesn’t indicate a person harbors any ill will or negative intent toward others.

Antisocial, on the other hand, goes beyond a general dislike or avoidance of society and community. People who meet criteria for a diagnosis of ASPD typically feel hostile toward other people. Even those who don’t have actively hostile feelings toward others may care very little for the safety, general well-being, and feelings of most other people. It’s also not uncommon for people who have antisocial traits to have significant disregard for their own safety.

It’s important to note that these feelings don’t necessarily translate to violent tendencies. Studies of people in prison do reveal high rates of ASPD, but this condition occurs on a spectrum, and not everyone living with the condition becomes violent or dangerous. Research has also observed that some people who display antisocial traits may have developed these behaviors in order to survive and protect themselves when growing up in difficult circumstances.

What Is Antisocial Personality Disorder?

At the core of ASPD lies a consistent lack of regard for the rights of others, which generally includes impulsive, irresponsible, and reckless behavior. People may take action without considering potential consequences and experience little or no remorse for harm caused by their behavior. Theft, manipulation, and other deceit are common, and people living with ASPD also tend to rationalize or minimize their actions.

Antisocial behavior can include violent or criminal acts, but people living with ASPD aren’t always aggressive or violent. Similarly, while many people with ASPD lack empathy, this isn’t always the case. People living with ASPD often struggle to develop or maintain meaningful relationships, and they may cause emotional harm to their partners; but it’s still possible for people with ASPD to feel love and empathy, often for a select few people such as children, partners, or close family members.

Abuse, neglect, or absent caregivers can increase risk for ASPD when other factors are present, particularly early onset conduct disorder. In people who develop ASPD, early childhood mistreatment can reinforce the belief that no one else will look out for them, so they should do whatever they can to look after themselves and get their needs met. This belief commonly occurs with ASPD.

In recent years, a few people with ASPD have written about their experience living with the condition. This may have had a small effect on the stigma surrounding the condition, but many people still struggle to accept that ASPD doesn’t always mean a person is violent or “evil.” The stigma associated with personality disorders, ASPD in particular, may make it even more difficult for people who want to improve to get the help they need. Negative attitudes from caregivers and educators may begin early on, often when children first display signs of conduct disorder.

The stigma associated with personality disorders, ASPD in particular, may make it even more difficult for people who want to improve to get the help they need.One study of 202 kindergarten teachers found teachers were most likely to have a harsh response toward aggressive children. But negative attitudes, or writing children off as troublemakers or delinquents, can reinforce ideas such as, “I’m bad,” “I’ll never amount to anything,” or “No one cares what happens to me,” from early childhood. Some experts believe this can increase the chances aggressive behavior and disregard for others will continue and worsen.

Not everyone considers ASPD a mental health issue. Research has shown that many people believe people with this condition are:

Having a mental health issue doesn’t absolve a person of responsibility for their actions, but it’s an important factor in understanding why some people behave the way they do. When stigma perpetuates the idea of a group of people as evil, positive change becomes even more difficult to achieve.

Specific characteristics associated with ASPD, such as self-sufficiency, a tendency to externalize problems, disdain for authority, and general hostility, also make it less likely people with ASPD will ever reach out for help, complicating treatment and decreasing the chance of improvement.

When people with ASPD do enter treatment, it’s more often to get help for a co-occurring condition or because a legal authority or family member has steered them toward therapy. Among those who do get help, many drop out of treatment early. Negative attitudes among therapists or ineffective treatment methods can contribute to this.

It’s important for people with ASPD to work with therapists who offer compassionate support and are willing to try a range of approaches to find the most effective treatment. In many cases, people with antisocial traits can learn skills to cope with their condition and avoid acting in ways that negatively affect others. When people with a dual diagnosis seek treatment, it’s essential for therapists to recognize the ways ASPD can contribute to and worsen other mental health symptoms.

A key factor in successful therapy for ASPD is recognizing individual fault. People living with ASPD who can’t admit or accept their actions are harmful or that they have a role in the harm they’ve caused may not be able to improve. One approach to treatment that’s shown some promise is mentalization-based therapy. This approach helps people explore their state of mind, including emotions, desires, and feelings toward others. Once they better understand their thoughts, they can use this understanding to address impulses and control them.

Some research suggests schema therapy, an approach that helps people work to identify and address maladaptive behavior patterns and develop more effective ways of relating, may also be helpful for people with ASPD. It’s effective for other personality disorders, including BPD and narcissistic personality, and some research suggests people are less likely to drop out of this type of therapy than other approaches.

Research has shown treatment can help improve many of the behaviors associated with ASPD when a person is willing to work toward change. It’s important for future research to continue exploring the most helpful types of treatment for ASPD to increase the chances of people with the condition improving with treatment. Successful treatment can not only improve well-being and quality of life for people with ASPD, it can also have a positive impact on the people in their lives.

If you or a loved one is struggling with the effects of ASPD, know that help is available. Begin your search for a trained, compassionate counselor at GoodTherapy.