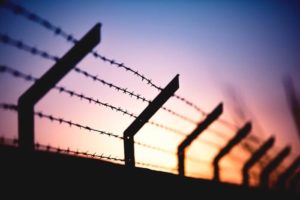 Xenophobia is the fear of outsiders or strangers. The term is most commonly applied to people who are afraid of immigrants or people from unfamiliar, foreign cultures.

While xenophobia can be a true phobia, it is often used in ways similar to the term homophobia. In this context, xenophobia characterizes people who dislike foreigners, believe their country’s culture is superior, or wish to keep immigrants out of their country. Xenophobes may not actually have a true phobia of outsiders; instead, they manifest behaviors that are detrimental or in opposition to outsiders. Thus the term has strong political connotations.

Xenophobic rhetoric and behavior can be traced back through human history. In some cases, fear of outsiders could have been a protective mechanism against invasion or sickness. For instance, mistrust of a person from a different tribe, even if misplaced, could have its roots in the desire to protect one’s home against a foreign threat. However, the hatred and racism that may characterize xenophobia is not typically warranted, and xenophbic behaviors may result in unjust treatment of foreigners or immigrants.

When xenophobia manifests as a true phobia, it comes in two distinct forms:

Some evolutionary psychologists have argued that xenophobia may be a part of the human genetic behavioral heritage. Perhaps the tendency toward xenophobia protected human ancestors from outside groups who might do them harm. Some social psychologists argue, meanwhile, that xenophobia is not universal, but triggered by the unique circumstances of modern society.

What causes xenophobia, therefore, is still being debated and may be dependent on a person’s school of thought. There is evidence of xenophobia’s existence across a variety of cultures, however, and one of the common characteristics of xenophobia tends to be an ingroup/outgroup mentality.

Many cultures and countries, including the United States, have histories with xenophobia. A few examples of xenophobia include:

If you feel anxious or uncomfortable around individuals you see as “outsiders” or avoid people who appear to be foreign, you may be experiencing xenophobia. Working with a therapist may help you get to the root of and process your feelings, which may be seated in fear of the unknown or a scarcity mindset. Find a licensed and compassionate therapist today who can help.