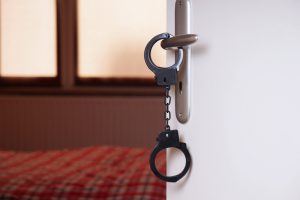 A paraphilia does not in itself indicate either a mental health condition or any criminal activity.

The Diagnostic and Statistical Manual of Mental Disorders (DSM-5) defines a paraphilia as a persistent sexual interest of some intensity that focuses on something other than typical sexual activity—defined as “genital stimulation or preparatory fondling”—between consenting adult partners. Although it may be difficult to quantify the intensity of sexual interest, a paraphilia generally involves a sexual interest that is greater than all other sexual interests. Many people who have a paraphilia are unable to function sexually without the paraphilic behavior or target.

A paraphilia, which is not inherently problematic or worthy of treatment, is distinct from a paraphilic disorder. The latter is described in the DSM as a paraphilia that either causes impairment and/or distress to the person who experiences it or poses harm, or the risk of harm, to another person. Paraphilias that lead to some manner of distress may be classified as paraphilic disorders.

The exact causes leading to the development of paraphilias or paraphilic disorders are not known, though some experts posit that childhood sexual trauma may play a role. Others believe certain objects or situations may become sexually arousing if they are frequently associated with pleasurable sexual activity.

The prevalence of paraphilias is difficult to ascertain, as the criteria that determine them vary widely, both across cultures and over time. Research shows both that paraphilias occur with greater frequency in men and that the intensity of a paraphilia typically decreases with age.

Because paraphilia is defined so broadly, countless paraphilias may exist, and many of them are not at all harmful or damaging. Fetishism, for example, involves sexual arousal from an inanimate object or non-sexual body part. An individual who has a fetish for shoes may not experience distress and can act on their interest without harming anyone else. Thus, this paraphilia would not be classified as a disorder and would not involve any legal consequences. Similarly, sadomasochism does not present a clinical or legal concern when practiced between consenting adults who are not distressed by the practice.

The DSM lists eight of the most common paraphilias:

Among these, the following four paraphilias are more typically characterized as paraphilic disorders and pose legal consequences if they are acted on.

It is important to note that while having a sexual fantasy alone does not constitute a crime or a disorder, engaging in an activity with a person who cannot or does not consent is illegal and may be representative of a paraphilic disorder.

Paraphilia is a somewhat controversial topic, and many have pointed out how determining certain sexual interests to be “abnormal” can be problematic. Experiencing a sexual desire that the majority of individuals do not experience does not necessarily mean that the interest is abnormal or that the person has a mental heath concern. Further, some people may experience a paraphilia that becomes a crime if acted on—such as pedophilia—but never act on it or cause harm to any person, and the importance of distinguishing feelings and desires from actions has been pointed out.

Some people feel that the inclusion of paraphilias (in addition to paraphilic disorders) in the DSM-5 is problematic because it pathologizes differences in sexual interests and preferred sexual activities, leaving mental health professionals to determine which sexual urges and behaviors should be considered healthy, appropriate, and moral. To address this concern, the DSM-5 makes a clear distinction between a paraphilia and a paraphilic disorder for the purpose of clarification.

Although not all individuals who have a paraphilia experience mental health symptoms, some do. Associated mental health issues can include depression, anxiety, feelings of guilt and shame, and impaired social relationships.

Those who experience distress or mental health issues due to a paraphilia may find therapy to be helpful. Treatment typically involves helping a person address feelings of guilt and shame and modify their behavior, if they desire to do so. Medication and hormone therapy may also be used in some cases to decrease compulsions associated with paraphilia.

Some people may fear stigma or legal repercussions, even if they have no intention of acting on their paraphilia, and avoid seeking help. However, a compassionate mental health professional may be able to provide help addressing sexual desires that cause distress and assist a person seeking help with the development of plans to prevent from acting on them.