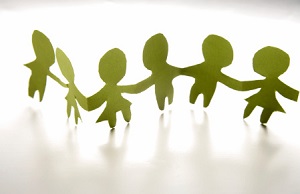 What Is the Kinsey Scale?

After conducting an exhaustive study of human sexual behavior, biologist Alfred Kinsey realized that human sexual behavior could not be neatly described by the usual dichotomy between heterosexual and homosexual. People engage in a wide variety of sexual behaviors, and sometimes engage in behaviors that deviate from their professed sexual orientation. The Kinsey Scale is an attempt at representing this continuum of behavior.

The Kinsey Scale is listed from zero to six, with each number representing sexual feelings and behaviors as follows:

Kinsey used an “X” on the scale to denote asexuality.

Culture and the Scale

Kinsey’s scale was highly progressive for its time, and is still often used to quantify sexual behavior. However, a person’s sexual behavior can change over the course of his or her lifetime, which means that his or her Kinsey Scale number is not necessarily a stable number. In addition, the scale does not represent all forms of human sexual expression. Attraction to transgender people, pansexuality, and political sexual choices—such as choosing to sleep exclusively with women for political reasons—cannot be neatly represented on the scale. Furthermore, the scale assumes a clear gender identity, which not all people have. Some people identify as gender-queer, reject the gender binary, or change their gender identity at some point during their lives.