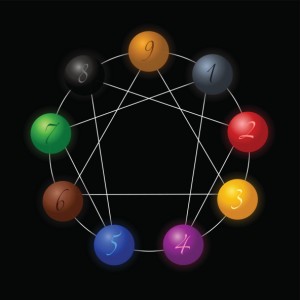 The enneagram is a personality typing model that has been used since ancient times. The word enneagram, which has Greek roots, refers to a nine-pointed symbol, and the model itself posits that all individuals can be categorized into one of nine personality types.

History of the Enneagram

The enneagram was originally rooted in Sufism, a type of Islamic mysticism. According to this tradition, human life involves a journey toward wholeness. Although the enneagram has spiritual origins, it is not a religious symbol.

The enneagram symbol displays the numbers one through nine, each of which is attributed to one personality type. No personality type is considered to be inherently “better” than the others, and some believe that one’s personality type may be genetically determined or already decided at the time of one’s birth.

The specific names given to each type vary slightly in the  literature, but the characteristics of each type remain largely the same throughout descriptions of the system:

Criticism of the Enneagram

However, proponents of the enneagram generally do not assign individuals a specific type but typically consider multiple factors in the assessment of personality. They also believe people have the ability to move among types and consider all of the different personality types to be interconnected.