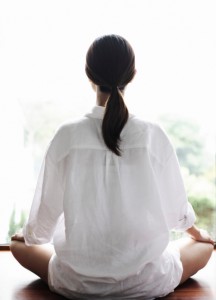 Dystonia is a neurological condition that causes involuntary muscular contractions. Tremors may also develop, and the condition can affect muscles throughout the body. This condition can be inherited or acquired, but what actually causes dystonia is not yet known.

Dystonia can occur as a result of genetics. In many cases, hereditary dystonia appears to be carried on a dominant gene, which means that only one parent needs to carry the gene for a child to be affected. Although one mutated gene seems sufficient for dystonia to develop, it does not develop in all instances, so other factors—genetic and environmental—are likely to also affect development of the condition.

This condition can be caused by environmental factors or damage to the brain. Acquired dystonia, also known as secondary dystonia, may occur as a result of traumatic brain injury, stroke, diseases such as Huntington’s or Parkinson’s, infections such as tuberculosis, reactions to medications, heavy metal poisoning, or carbon monoxide poisoning. While dystonia can often spread throughout the body, acquired dystonia is less likely to do so.

Idiopathic dystonia is diagnosed when no genetic or environmental cause can be found.

Hereditary dystonia typically begins in childhood, but environmentally-induced dystonia can occur at any time in life. The most noticeable symptoms of the disease are involuntary, often painful muscle contractions and the inability to control large groups of muscles in the body. People may also experience tremors or appear to be frozen in a particular position.

There are different manifestations of dystonia: Some forms of the disease affect the entire body, while others may affect only the limbs or a particular group of muscles. Dystonia can occur only when one engages in a specific activity, such as running or playing a musical instrument, but may become more widespread over time. When the condition first develops, symptoms are often mild and may not be noticeable, though fatigue or stress can cause the severity of symptoms to increase.

The injection of small quantities of Botulinum toxin into the affected muscles has been shown to alleviate some symptoms. Medications that block acetylcholine may also be effective in some individuals with dystonia.

Deep brain stimulation—the process of transmitting electrical impulses into select areas of the brain—is sometimes used in severe cases of dystonia that do not show sufficient improvement with medication.

When dystonia is caused by medications or poisoning, immediate cessation of the medication or rapid treatment of the symptoms of poisoning can often halt the progress of dystonia and may help resolve symptoms, as well.

Therapy and Alternative Medicine for Dystonia

Dystonia has not been shown to have an effect on cognitive functions, but because it can be a debilitating and frustrating condition that visibly affects movement, many individuals living with dystonia may experience depression, anxiety (especially in social situations), and other emotional difficulties. Therapy and support groups for individuals with dystonia may help treat these concerns.

Some people living with dystonia find certain types of alternative medicine to be helpful. Biofeedback can help people learn to control bodily responses, which can have a reductive effect on both stress and muscle tension. Pilates and yoga both strengthen muscles and can improve relaxation and breathing skills. Some people with dystonia benefit from physical therapy because it enables them to learn new ways of moving and functioning in spite of the condition. Meditation can also have a positive effect, as it has been shown to reduce stress and help facilitate relaxation in many people.