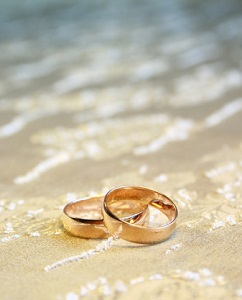 An arranged marriage is one in which the parents or family choose the spouse of their child or relative.

What is Arranged Marriage?

In many cultures throughout the world, marriage is not just about romance. It is the coming together of two families and, because people getting married are often young and inexperienced, some cultures believe that the choice of a child’s spouse is best made by his or her parents. Parents might choose a spouse who they believe will raise their child’s standard of living, who will get along well with the family, who matches their child’s interests, or who meets a variety of other criteria.

Sometimes these marriages are arranged when prospective spouses are children. They might be married as children but only expected to live as husband and wife when they reach maturity. Or the parents may simply create an agreement for the arranged marriage and plan on having the couple married when they become adults.

Arranged marriage has been criticized heavily in the west for its interference in personal autonomy and the undermining of a person’s ability to choose to marry for love. Many members of cultures that practice arranged marriage have often been critical of the tradition. Arranged marriage can be especially problematic for women, who might be forced to marry abusive or unkind men simply because the men meet certain cultural or financial standards.