The Misunderstood Emotion: Getting to Know Your Anger 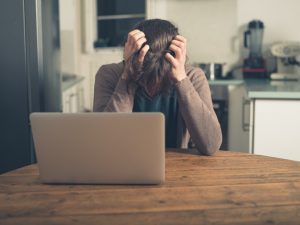 Anger is a misunderstood emotion.

Some people believe they’re not supposed to get angry. They think they should go to therapy to get rid of it. Often, a partner or parent has told them their anger is a problem.

Anger is something many people feel like they have to control. Yet so much of life is set up to blunt a free expression of feeling—from sitting in a regimented circle in preschool, to not crying too loudly at a funeral—and the only response that often makes sense is to feel angry. Why do we need to control that, too?

It’s also perhaps the scariest. Anger can lead to uncontrollable, destructive actions. People go to jail or prison for such actions. People stay away from other people because of anger. Actions that typically present as anger are unacceptable in school, in the workplace, in church, and in many other settings.

Anger Can Be Healthy, Too

But anger can also be healthy. There are a lot of things in the world people should be angry about, things worthy of anger. In such cases, we seem to not want to call it anger, though. I remember learning the phrase “righteous indignation” as a child, as if people were so concerned we’d learn to be okay with anger that we had to create a new term to distance ourselves from it.

Anger can emerge in different forms. Some people, the ones sent to anger management, are typically destructive or otherwise problematic with their anger. They may punch walls, kick things, or get in fights. To many of them, their anger feels uncontrollable—they say things such as, “I saw red,” or, “I couldn’t stop myself.”

We often fixate on how negative anger can be—how it can take hold of us, how it can hurt others and ourselves. We talk about wanting to get rid of it. The thing is, it’s not going anywhere.

Others turn their anger inward. They are self-destructive, whether physically or emotionally, and beat themselves up. Depression, among other mental health issues, can look like this.

We often fixate on how negative anger can be—how it can take hold of us, how it can hurt others and ourselves. We talk about wanting to get rid of it. The thing is, it’s not going anywhere.

And thank goodness for that. Because anger can point the way. It can spring us to action; many forces of change are motivated by anger. If it were the only motivation, we’d be like 2-year-olds, but combine anger with a conscience and a sense of justice and you have the makings of a social movement.

It’s especially important to get in touch with your anger if you tend to turn it all inward and it brings about self-hatred. It’s important to find healthier ways to express it if you are someone who physicalizes it. But it is also important to not feed it all the time.

Anger can be intoxicating. Think of a time you replayed an incident over and over in your mind. Perhaps something happened during your morning commute. You texted your girlfriend about it, called your mom, emailed your friend, and talked about it over lunch, yet you’re still thinking about it as you try to go to sleep. You’re not letting it go. You’re practicing it.

You’re just getting better at being angry. It’s not propelling you to change a social ill. It’s not allowing you to move on by expressing it. It is keeping you stuck, perhaps nursing your own self-righteousness.

You are suddenly at the mercy of a powerful and misunderstood emotion—one that gains more energy the more wood you throw on its fire.

So what does this mean for you? What can you do differently?

The idea is to feel the anger and let it go. Don’t deny it; you need to recognize it within you. (Many people I work with are unaware when they feel anger.) You can also learn to express it in a non-destructive manner—write it out, meditate, cry, draw, let someone know, etc.—and leave it there.

If that seems impossible, it may help to explore the themes stopping you from letting it go. Are you angry when you feel misunderstood or feel like you’re being taken advantage of? Do you respond with anger when you are shamed or when you feel helpless?

Spending some time exploring the themes around your anger, looking deeply at the topics that “get your goat,” will likely be helpful in finding productive ways to express your anger. It won’t stop you from getting angry, but it may help you stop staying there.