From Phone Sex to Internet Sex: Addiction at Your Fingertips 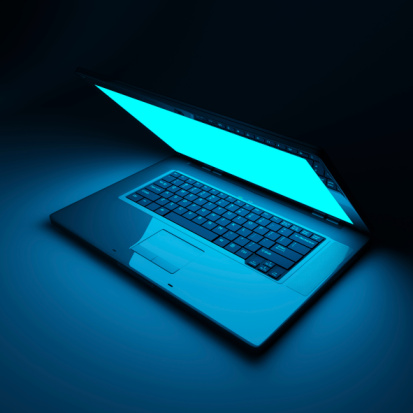 I recently spoke with a young colleague who had just completed training to become a certified sexual addiction therapist (CSAT). She was astonished to hear my stories of what I jokingly refer to as the golden age of phone sex, which I’d say lasted from the mid-seventies, when I worked on a suicide prevention hotline, until about 1998, when the Internet was starting to really take flight.

You may be wondering why the suicide hotline I worked for bears mentioning. There were often callers to the hotline, usually male, who upon hearing a female ask, “How can I help you?” would begin to speak breathlessly about a “huge problem” they had. Our London-born supervisor referred derisively to these fellows as “wankers” and taught us ways to extricate ourselves from, ahem, conversations with them.

By the early eighties, I had ceased taking hotline calls and started practicing as a licensed therapist in my office in West Hollywood, California. Some of the people I helped had issues with obsessive phone sex. Some, again usually male, would spend hours or even days languishing at home or work paying to talk and talk and talk about sex, usually culminating in—you guessed it—masturbation. Neither party, of course, could see the other, so imagination was in full play.

Frantic wives would call me after they clapped eyes on preposterous phone bills to 1-900 lines. Their husbands would call the next hour or appear reluctantly at my office, struggling with whether they actually had a problem with this potentially addictive (and highly expensive) behavior.

There was big money to be made by investors who snapped up and promoted 1-900 numbers with suggestive three-, four-, and seven-letter words rounding them out—not to mention resourceful women, young and not-so-young, who craftily embodied and impersonated the young subjects of glossy photos in the back pages of men’s magazines. Many people found the lure of “risk-free” phone sex with readily available strangers to be too hard to resist, spending countless hours and thousands of dollars maintaining their compulsive tele-sex habits.

How things have changed with the rise of the Internet and smartphones! Although traditional phone sex lines still exist and some thrive, no longer are people tethered to cumbersome wall sockets that keep them in their bedrooms or office cubicles. We have apps that use GPS to find sex partners near us as easily and anonymously as we locate a good Japanese restaurant. Phone sex is now often fully visual, streaming from hand to cell tower to satellite and back in the blink of an eye. Not only can it be addictive, it’s often free—in a financial sense.

Phone- and web-based sex can be profoundly costly when it comes to the toll on real-life relationships. Live video streaming or face time might be great for those of us who want to commune with a traveling partner or see and interact with grandkids on the other side of the continent. But what kind of effect does pornography and for-profit sex chat have for those who struggle with marital fidelity and remaining sexually sober? For those with a propensity for addictive escape and risky sexual behavior, it’s a whole new world of problems.

If you need some help navigating it, contact a therapist near you. It might prove to be the best call you’ve made in a long time.