The ‘Four Cs’ of Relationship Conflict That May Predict Divorce 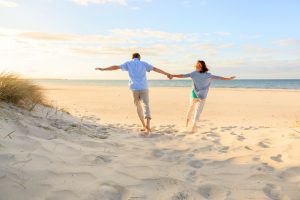 Marriage symbolizes the beginning of a (hopefully) lifelong commitment, so it makes sense couples tend to spend a lot of time and energy preparing for this milestone. Yet, while many engaged couples take their time researching the dos and don’ts of diamond buying, some do not spend enough time preparing for the inevitable difficult times they will experience while married.

Understanding how to better manage conflict is important not only for the well-being of a relationship, but also for each partner’s physical health. Unfortunately, couples often neglect to consider the “Four Cs” of conflict that are also predictors of divorce. Unlike the four Cs of diamonds (carat weight, cut, color, clarity), the “Four Cs” in this article are an adaptation of John Gottman’s “Four Horsemen of the Apocalypse”—a theory that has enabled Dr. Gottman to predict divorce with about 91% accuracy.

When we make a complaint, offer a suggestion, or simply make a request, it is important to be conscious of how we let our partners know what is bothering us or what we need them to do differently. Using a harsh approach or cutting words, versus owning our reactions and feelings and stating what we need, can make all the difference in how our partners respond.

Let’s say, for example, your partner is running late to an important dinner and you are feeling frustrated and maybe even disrespected. It would be easy to say something like, “You’re never on time. Why are you so inconsiderate?” While frustration is understandable, it is not likely you will receive a warm, apologetic response. Using absolute terms such as “always” and “never” tends to imply an attack on the other’s character rather than being specific to the situation.

This is the hallmark difference between a complaint and a criticism. Using language that feels like an attack rarely yields a pleasant or desired response.

It is an almost innately human response to counter a critical remark with some effort to defend ourselves. When someone shoots a verbal arrow at us, it seems intuitive to put up a shield. However, this response typically only perpetuates the cycle of conflict because it sends the underlying message the other person is the problem, not us. Thus, our partners may respond to our defensiveness with more criticism—or worse.

3. Contempt (the Best Predictor of Divorce)

Contempt refers to one partner’s attempts to appear superior to the other. It can include name-calling (“you are such an idiot!”), using humor in a hostile manner, sarcasm, mocking, and eye-rolling. When contempt becomes present in conflict, it is typically the result of deeply held negative feelings about the other that perhaps have not been expressed or acknowledged and addressed. The inherent message is one of disgust and discontent.

Contempt acts as a corrosive agent in relationships. A relationship cannot survive if it is continuously riddled with contempt. Every effort should be made by both partners to make sure it does not become part of the conflict cycle. Contempt is also dangerous because research suggests not only is it a predictor of divorce, but more physical health issues as well.

What often follows the pattern of criticism-defensiveness-contempt is a response called flooding, which implies a level of physical arousal that typically derails any attempt to communicate effectively. Flooding, in short, is the body switching into fight-or-flight mode, in which the sympathetic nervous system ramps us up as if we are facing physical danger. This typically looks like a pounding heart, sweaty palms, and eventually leads to the fourth “C,” complete withdrawal (or, as Dr. Gottman terms it, stonewalling).

If you notice withdrawal in your relationship, it may be helpful to offer to take a break, allowing your partner the time and space to calm down in order to effectively communicate.

When we get to a point of feeling flooded, our physical symptoms take over and we become physically unable to respond to our partner in a way that promotes effective communication or de-escalation of the conflict. Our energy becomes directed toward self-soothing and self-protective withdrawal. However, this state of great distress often goes unnoticed by our partners. This is not a fault of them being oblivious; flooding and subsequent stonewalling (complete withdrawal) often appear as someone sitting quietly and calmly but disengaged. Because the distress goes unnoticed, it is easy for the non-flooded partner to interpret the withdrawal as malicious intent to end the conversation. This can result in continued attacks (criticism) or even contempt, causing further damage to the relationship.

If you notice withdrawal in your relationship, it may be helpful to offer to take a break, allowing your partner the time and space to calm down in order to effectively communicate.

How to Intervene Before the ‘Four Cs’ Take Hold

Here are some strategies to try in order to prevent the “Four Cs” from taking hold in your relationship:

If you and your partner are struggling with any of these issues, don’t wait until they cause problems in your marriage to seek help. Consult a licensed couples counselor in your area.