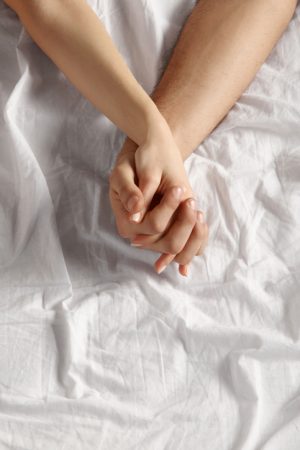 At times, the people I work with in therapy ask questions that lead to rich exploration of their intimate lives. Years ago, Marty (not his real name) burst into my office wondering, “Why is it easier for me to talk to my friends about past sexual experiences than it is to talk about what really—secretly—turns me on?”

I laughed and reminded him it had taken a long time before he’d been willing to talk about what I call his “arousal template” with me, and we were only just beginning to explore it.

When Marty and I began our work together, his CET was well hidden. He sought me out when his wife insisted he call a therapist when she discovered, to her horror, hundreds of file folders filled with pictures Marty had cut out from magazines. These cutouts all depicted parts of the female body. When he showed me the folders, I noted that they were not all of nude bodies—many of the bodies portrayed in the images were clothed. Each was carefully cut from magazines such as Playboy and mounted on black paper.

“Not at all,” he told me. “I do have some fantasies, but my cutouts help …” He paused before telling me he liked to organize them because they made him “not think.”

I reminisced about how I had really loved stamp collecting during my childhood in a household affected by alcoholism.

Collecting stamps was my personal mood-altering experience. Collecting and arranging photographs was Marty’s.

We began to talk about what sex meant for him and explore the ways it could enrich his life and his relationship with his wife, whom he loved dearly. Together we began to cultivate an atmosphere of what I call compassionate curiosity.  I shared with him the idea that we are all sensuous and sexual as babies, that we become erotic as we receive and experience messages about ourselves from our parents or primary caregivers. Gradually, we incorporate these messages with our own experience of touch and the profoundly personal emotions that go along with it. Through this process, we develop our CET.

He nodded. We discussed some of the particular childhood challenges that may have formed a blueprint for arousal that then wrought havoc when it fused with the loneliness and isolation he had experienced throughout most of his life. As Marty began to understand, accept, and even embrace his CET, he stopped judging and criticizing himself, and his fear diminished. People who struggle with sexual patterns that distress them usually want to change these patterns, but the conflicts they hope to resolve can produce hurricane levels of anxiety.

Marty began reaching out to his wife, who had remained suspicious, and they were able to reconcile. Recently, I received a photo they had taken together in Bali with the words, “Passion grows, though my hair no longer does!”

The only way out is often through.