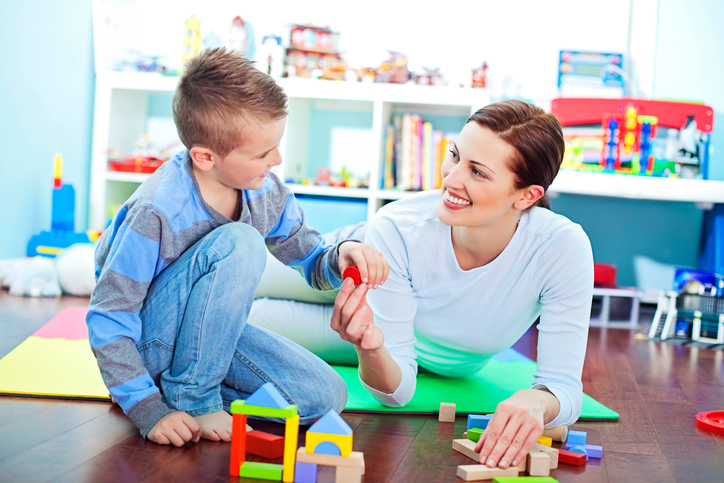 Parent-child interaction therapy (PCIT) is a behavior-based, family-oriented therapy designed to help improve the parent-child relationship through interaction. In this modality, child-directed interaction can help facilitate the development of effective parenting techniques and reductions in behavior issues and may also lead to a stronger familial relationship.

This approach is often effective for children who are at risk, who have experienced abuse, and/or who have conduct issues or other behavioral concerns. Parents who are seeking therapy to address these concerns in their children or to improve interactions with their children may find this a beneficial approach.

This approach, which was primarily developed by Sheila Eyberg in the early 1970s while she completed her postdoctoral residency in pediatric psychology, is grounded in social learning theory and attachment theory. Other notable contributors to the development of PCIT include Cheryl McNeil, Toni Hembree-Kigin, Anthony Urquiza, Robin Gurwitch, and Beverly Funderburk.

During the initial development of the approach, Eyberg sought to incorporate techniques from both play therapy and behavior therapy. She soon realized a unifying theory and novel structure were needed to effectively merge concepts from both methodologies. Eventually, she found a suitable theory based on Diana Baumrind's developmental research work on authoritative parenting styles. She also expanded on the work of Constance Hanf, who had developed a two-stage behavioral program to train mothers with developmentally disabled children, in order to form a unifying structure for PCIT.

Eyberg first referred to her approach as "PCIT" when she submitted an application to the Alcohol, Drug Abuse, and Mental Health Association in 1974 to test its efficacy. Over the next three decades, positive research findings and subsequent funding from the National Institute of Mental Health facilitated further expansion and study of PCIT. Today, PCIT is widely recognized as one of the most effective and empirically-supported forms of treatment in the world.

How Does PCIT Work?

In PCIT, parents have the opportunity to learn new skills that can help them become better able to provide a caring, nurturing, and beneficial environment for their child. An ultimate goal of this approach is to help adapt negative behaviors into more positive behavior patterns.

A typical PCIT program involves two phases: relationship enhancement and discipline and compliance. At the start of the program the therapist will speak with the parents about the key principles and techniques for each phase. The therapist will then use a one-way mirror to observe as the parents play with their children, using the skills and techniques they were taught. The therapist also provides live coaching to the parents via an ear bug device. Targeted behaviors are tracked and graphed over time to highlight the progress being made by both parents and children.

The relationship enhancement phase of PCIT teaches parents how to minimize any negative characteristics within the relationship. It also guides them in developing new behaviors and communication skills that provide support and encouragement. The discipline and compliance phase of the approach emphasizes effective and safe disciplinary techniques that can then be used to help the child improve behavior by addressing and managing symptoms and issues leading to a negative behavior. Parents are encouraged to put these skills into practice until they are able to use them easily. Children who are exposed to PCIT can often learn how to adapt their behavior, and many families experience vast improvement in child behavior and the parent-child relationship.

PCIT's in vivo training methods are specially designed to help adults improve their parenting and language skills and to help children learn how to better control emotions.

The relationship enhancement phase, also called child-directed interaction, aims to improve and strengthen the bond between parent and child. The child decides which activities or toys will be used for play and, under the guidance of the therapist, the parent plays along while using the positive reinforcement skills previously learned from the therapist.

These skills are represented with the acronym PRIDE:

As part of their training, parents are encouraged to ignore any negative behaviors that are not serious or harmful. They are also coached to refrain from using negative words (such as don't, can't, no, etc.), criticism, and sarcasm. Once the parent masters these skills, the program typically progresses to phase II.

In the discipline and compliance phase (parent-directed interaction) the parent takes the lead. As part of the process, parents learn to provide direct, easy-to-understand instructions to the child, with clear, consistent repercussions for obedience and disobedience. If the child is compliant, the parent provides specific praise such as "Thank you for picking up your toys." If the child is non-compliant then the parent issues a time-out warning such as: "Pick up your toys or you will take a time-out." Further non-compliance results in the time-out procedure being carried out.

How Can PCIT Help?

PCIT's effectiveness has been demonstrated through a number of studies. In a 2011 study of children between the ages of 8 and 10 who had specific language impairments, children treated with PCIT experienced greater language gains than the control group. In a second study in 2011, 150 mothers with a history or high risk of mistreating their children were separated into two groups. One group participated in PCIT, and the other group was put on a waiting list. After a 12-week period, the mothers participating in PCIT were observed to have better parent-child interactions, and they reported improved child behavior and less stress.

This approach, which has been shown to have the greatest impact on children between the ages of 2 and 7, is considered an effective method of addressing common childhood behavioral issues such as aggression, defiance, short temper, and non-compliance. PCIT promotes healthy relationships between parents and children, and it has become a widely used intervention for many at-risk families. This treatment method is often used with foster and adoptive families and by people involved with the child welfare system, but any family experiencing challenges with interaction between parent and child may find PCIT helpful.

According to research, PCIT may be especially helpful for:

​​Children who participate in PCIT may develop greater self-esteem, experience less anger and frustration, see an improvement in social, organizational, and play skills, feel safer and calmer, and communicate more effectively. Parents typically learn consistent, predicable techniques for parenting and may experience greater confidence when dealing with behavioral concerns, whether publicly or in the home.

Concerns and Limitations of PCIT

PCIT is an evidence-based treatment that is considered an effective treatment approach for a variety of issues. However, in some situations, this treatment option may not be recommended. If parents have little to no contact with their children, PCIT may not be indicated. Parents who have hearing or language impairments or who are experiencing severe mental health concerns (for example, a condition characterized by hallucinations or delusions) may see little to no improvement from PCIT. Further, PCIT may not be recommended when parents are experiencing substance abuse issues or have been sexually abusive or physically abusive in a sadistic way.