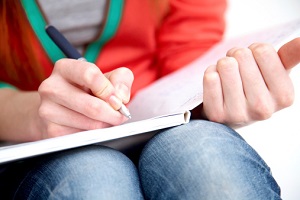 Constructivism, the theory upon which constructivist therapy is founded, holds both a person's individual sense of reality and the meaning found in life to be constructed from life experience, rather than discovered. In this way, experience has an impact on the way people view and understand the world.

In terms of clinical psychology, constructivist theories emphasize the active participation of those seeking therapy as they work to create change. Individuals are agents of their own change, and therapy is their own work, not something they simply "receive."

Constructivist theory does not lend itself to one particular type of therapy but has instead had significant impact on the field of psychology in general. According to proponents of constructivism, the model is not a new or different approach but is simply one perspective on how different modalities are connected and how they relate to the knowledge of what it means to be human. In particular, constructivism seeks to explore the search for meaning and the ways people relate to the world.

The idea that reality is constructed, not discovered, is a main tenet of this theory. There is no one objective view of the world, constructivism theory suggests. Instead, every person creates their own version of reality, a perspective built out of each individual's unique life experiences.

Important themes in constructivism include order, sense of self, and active agency.

The Influence of Constructivism

Approaches to therapy that incorporate constructivist ideas typically involve an exploration of the meaning people assign to experiences, an acknowledgment that thoughts and beliefs affect feelings, and encouragement (on the part of the therapist) of people in therapy to be active participants in the change process. These therapies value a collaborative approach to therapy—one where the therapist and person in treatment are equals who work together to help the person make positive changes.

The influences of constructivism can be seen in several different modalities, including humanistic, person-centered, cognitive behavioral, dialectical, and existential approaches to therapy. George Kelly's personal construct psychology was one of the first approaches to integrate constructivist theory. This approach, pioneered in the mid-1950s, is a person-as-scientist approach grounded in the idea that people use personal constructs (akin to hypothesis or theories) to predict the behavior of others. Because the individual acts as the scientist, these constructions may be continually tested and altered when individuals attempt new behaviors and consider new perspectives, whether this occurs in a therapy session or in daily life.

The Role of the Constructivist Therapist

Constructivism, which views the person in treatment as the agent of change, can be considered more of a philosophy than a set of therapeutic techniques. In order to organize and make sense of the world, people tend to create meaning out of events. This often leads to the emergence of patterns, which can impact emotions, thoughts, and behaviors and may be difficult to transform. Constructivist therapists, who act as facilitators of change rather than leaders, can help those in treatment recognize these patterns and break free of them in order to create change. The idea that reality is constructed, not discovered, is a main tenet of this theory.

Constructivist therapists, who often have a great deal of faith in the resilience of all individuals as well as the human capacity for self-reorganization. typically pay close attention to exactly how a person has used life experiences to relate to current circumstances. Frequently they work with the person in treatment to create a chain of events (action-thought-reaction) in order to uncover how these patterns of thought, emotion, and behavior have affected the person's life thus far and how they might continue to do so in the future.

Practitioners of constructivism may utilize techniques such as journaling, guided imagery, and sensory awareness exercises. They may also help people in treatment externalize problems, a technique often used in narrative therapy.

What Issues Can Constructivist Approaches Address?

Therapies that are influenced by constructivism can be beneficial in the treatment of a wide range of issues. Constructivist methodologies can be particularly helpful in the treatment of grief, as the reconstruction of meaning is often integral to the process of grieving. A person who has experienced loss is often faced with the challenge of reorganizing and reconstructing reality in the absence of the person they have lost. This may involve the development of new routines and relationships and may lead some to adopt a new form of identity in the process.

The theory of constructivism has been criticized for the idea that there is no one truth because all truths are equally valid. Constructivism has been considered to be somewhat at odds with the concept of the self as it is typically understood in psychology. Traditionally, psychology has focused on the individual, often minimizing the role of context and culture, but constructivism looks at the context in which the self exists and considers the self to be fluid and changing.