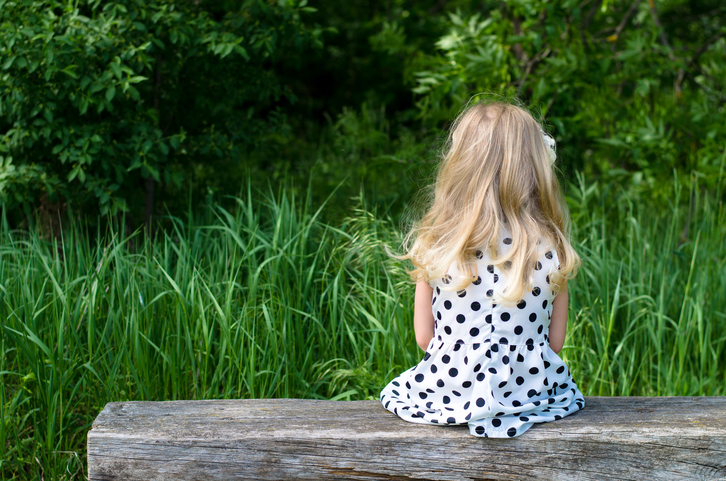 Control Mastery theory, a psychotherapeutic treatment grounded in the later works of Sigmund Freud, is based on the premise that negative beliefs about one's self, formed via traumatic childhood experiences, are at the root of a person's mental health concerns.

CMT therapists help people seeking treatment work to develop their ability to identify constricting beliefs, test the validity of those beliefs, and take control of their thoughts and behaviors in order to overcome any negative impact certain pathogenic beliefs may have.

Psychoanalyst Joseph Weiss developed Control Mastery theory after discovering a number of the people he had treated had spontaneously gained insight into the concerns they were facing during a therapy session, without the aid of his interpretation. This finding, which Weiss realized to reflect ideas from Freud's later writings, led to his exploration of the ability people have to allow repressed experiences to surface when they feel safe doing so.

Weiss continued his research and was joined by Dr. Hal Sampson in 1965. Together they honed Weiss’ theory and established that people have a natural drive to take control of the unconscious mind and gain mastery over the traumatic experiences that have gotten in their way or otherwise affected them. In 1972, they formed the organization that is now known as the San Francisco Psychotherapy Research Group in order to empirically investigate Weiss' theory and its clinical applications.

In 1986, the group documented the results of their research in the publication The Psychoanalytic Process: Theory, Clinical Observation and Empirical Research, and other publications followed, explaining CMT in more depth in addition to describing its applications and efficacy. In 2002, the SFPRG founded the Control Mastery Center, a training and research facility that also features a sliding-scale clinic offering affordable therapy to anyone interested in CMT. The SFPRG also offers training, workshops, and conferences to the public.

How Does Control Mastery Theory Work?

“Control” describes a person’s ability to be aware of the threat of danger and adjust personal defenses accordingly, while “mastery” refers to the ability and motivation of people to address and resolve the challenges facing them. The goal of treatment is to help people recognize their pathogenic beliefs and test them against reality, and practitioners of this approach work to provide those in treatment with a safe experience in a safe environment so they will feel able to lower the defenses they have in place and feel free to express their authentic selves.

Pathogenic beliefs, according to CMT, are patterns of thought that develop over time based on a person's interactions, experiences, observations, and conscious and unconscious beliefs. These belief systems and interpretations often align with those of a person's parent, guardian, or other caregiver. For example, a child who performs a behavior that elicits a negative response from caretakers may adopt certain beliefs based on the perception of the caregivers' reactions.

As children grow, they tend to use these developed belief systems to seek security, guide the decisions they make, and attempt to successfully navigate their world. When pathogenic beliefs constrict the ability to do these things, mental health issues may arise as a result. Traumatic experiences can significantly impair and distort the formation of pathogenic beliefs and lead to irrational explanations of any trauma, and this may potentially have a lasting impact on development.

Dysfunctional pathogenic beliefs can take shape in a number of ways:

By recognizing these beliefs and testing them against reality (generally with the help of a licensed mental health professional trained in CMT), many individuals are able to revise their thoughts and behaviors in ways that allow them to reduce or break free of the impact of harmful beliefs.

CMT therapists use specific techniques to guide people through the uncovering of repressed experiences, the development of new responses to the behaviors that may result, and the recreation of new awareness and beliefs. Using CMT, therapists work to help people recognize faulty beliefs and test them against reality. By doing so, people are often able to revise their thoughts and behaviors in ways that allow them to progress without being negatively impacted by these beliefs.

When people engage in CMT therapy, they are encouraged to begin testing their beliefs from the start. Therapists work to help people better understand the function of the pathogenic beliefs that have guided them for so long. They might, for example, help a person see a belief that developed into agoraphobia was originally put in place to keep the person safe. Once participants gain insight about the purpose of their beliefs, they may be better able to determine whether it is safe to explore their root causes. When people being treated do feel able to explore further, they may find therapy a safe and non-judgmental setting in which they can explore what experience may have created or contributed to the formation of distorted beliefs.

If the therapist continues to give responses that are new and/or supportive and continuously convey empathy and acceptance, the person in therapy can begin to disconfirm the pathogenic belief.

The two types of testing that occur between the therapist and the person in therapy are transference tests and passive into active tests. Both types of testing provide opportunity for the therapist to offer a new experience that challenges the long-held pathogenic belief, and the person in treatment may continue to test the therapist by repeating, consciously or unconsciously, actions or behaviors that create the opportunity to address maladaptive beliefs and replace them with beliefs that support healthy and positive behaviors. Repeated interactions of this kind throughout CMT treatment allow the person in therapy to disconfirm maladaptive beliefs and replace them with new, more productive belief systems.

Control Mastery theory is an approach intended to address negative or harmful beliefs formed as a result of the experience of trauma or other affecting experience. These beliefs may lead people to experience certain emotional or behavioral health concerns and/or contribute to the development of or exacerbate mental health challenges. People may also experience difficulties in life—in the workplace, in relationships, or with family and friends—as a result of maladaptive pathogenic beliefs.

Among the issues that may be addressed and see resolution with the CMT approach are:

Control Mastery theory has also been proven effective in the treatment of depression, grief and loss, and substance abuse and addiction, among other concerns. It is considered to be so effective in part because it allows therapist the flexibility of extreme specialization, in their own personal treatment style and among each individual in treatment. It is possible for therapists to disconfirm a person's pathogenic beliefs in a variety of ways, and CMT therapists may find that a different approach is suitable for each different person in their care, depending on their unique experience and formation of beliefs.

The San Francisco Psychotherapy Research Group (SFPRG) offers training, workshops, and conferences to all psychotherapists and analysts who are interested in Control Mastery theory. People who are interested in pursuing CMT therapy can contact the SFPRG Control Mastery Center in San Francisco, California, where consultations and clinic services are offered to the community at low cost.

The SFPRG has compiled a significant amount of research highlighting the benefits of CMT therapy. The association has also stated one of their primary goals to be the establishment of CMT as an evidence-based practice. As it stands, however, critics have identified a few limitations that potential participants may wish to take into account.

As with any type of psychotherapy, the more experienced the clinician and the more positive the therapeutic relationship, the better the therapy outcome is likely to be. Many people who have tried CMT treatment report it to be an effective and powerful form of therapy.