Why Do I Feel Like Something Is Missing in Me? 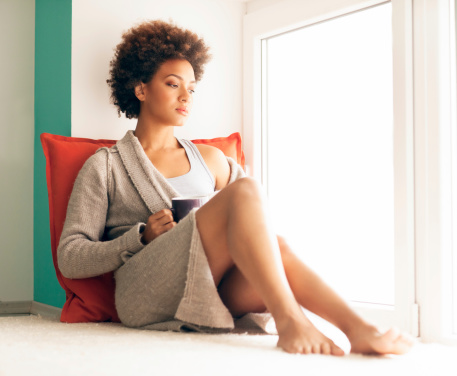 “It’s taken me a long time to get here,” Jessica lamented in her first session. “I don’t know what my problem is. I just feel unhappy. Something is missing in my life, but I don’t know what I want or what it could be. I’m a 46-year-old married woman. My marriage to Peter is fine and I like my job as a speech therapist well enough. I feel boring and bored and maybe have more anxiety than I should. What do you think is wrong?”

Jessica’s statement at the start of therapy began our quest to understand Jessica’s sense of emptiness. In our sessions, her talk was tinged with melancholy. Jessica said that when she looked in the mirror she saw “a not very attractive, aging, unsatisfied woman who feels empty.” Apart from Jessica’s sad demeanor, she brought urgency to the sessions with her intense desire to find out “what is wrong with me?”

Jessica grew up in a suburb of a large city as the younger of two daughters. Her parents divorced when she was 9 years old. Her father quickly remarried and had a child with his new wife. Jessica had vivid memories: “I was crying and my father was hugging me. He said he was moving out because he and my mother had too many problems to stay together.” A tearful Jessica continued: “I remember thinking, ‘How can he leave me?’ I couldn’t stop crying and ran to my room.”

Jessica and her sister saw her father weekly for a little more than a year, but when he became involved with his wife to be, their visits became less frequent. She recalled, “It was never the same after he left. I never saw him alone and I couldn’t hold onto the feeling that I was special to him. I lost that when I lost him.”

Jessica tried in our sessions to recapture what growing up was like. She wondered if she had been sad even before her father left: “I think I’ve always been sad. Maybe our whole household was sad. My mother was not an energetic or happy person. She often seemed far away. I think she was depressed after my father left and she definitely became more anxious. I was always anxious, too. My sister, who is five years older than me, always did her own thing. But I was very attached to my mother. I felt a strong need for her, and it must have gotten more intense after my father left. She wasn’t very affectionate, and I was very clingy. I remember we used to play cards a lot and we’d go shopping together. I wanted to be around her. I didn’t have a lot of friends. When I went to high school, I started to make friends, but I was always nervous around them. I felt different and not part of the group, so I didn’t do as much at school or with them as I now wish I had.”

When Jessica left home for college, she became somewhat more engaged with the world. She had her first date at the end of her freshman year and dated occasionally throughout college. For the most part, she focused on her education. The college and graduate school Jessica chose was two hours away from home. She spent most weekends and school vacations home alone with her mother (her sister had married and moved to California).

Jessica recalled her conflicted feelings about going home: “I missed my mother when I was away at school, but I don’t know what I missed, exactly. Going home was pretty boring. My mother wasn’t very interested in what I was doing. Whenever I was excited to tell her about my classes or my patients when I was in grad school, she seemed to change the subject. I don’t know what it was, but being around her made me anxious about school and dating and I guess about most everything. Still, after grad school I moved back near my mother and got a job as a speech therapist. When I think about it now, I don’t get why I went home. I think I felt my mother wanted something from me, but I don’t know what.”

I asked Jessica to talk more about her experience with her mother.

“It’s hard to describe,” she said. “I felt so ambivalent about her. I loved her desperately but always felt something was missing in our connection. I wanted her to tell me I was terrific, to give me the feeling she was interested in me and my life. I wanted to feel like she took pleasure in what I did and who I was, but she never did. If anything, I made her feel good. I felt she needed me, but I didn’t know what she needed me for. She was very sensitive, and I was very anxious around her. It didn’t take much for me to feel I had hurt her. She seemed like a pretty lonely person. I think I felt I was supposed to do something to make her life better. She seemed to like it when I was around, but she never seemed to want me very close to her. It was confusing because I also needed to be with her, but it never made sense to me that I felt that way.”

Jessica was beginning to recognize that her mother was limited and couldn’t provide her with feelings of being special that she desperately needed and longed for. Jessica also began to appreciate the consequences of her strong feelings that she would hurt her mother by being special or fulfilled.

Tears started to flow: “You know, she died too young. She developed heart problems and became very sick when I was 32. After that, I spoke to her every day and visited as much as I could, even if I didn’t want to. All my energy was focused on her. She was very depressed, and I was very careful not to make her feel worse by telling her anything that was good in my life.”

“I got more anxious and very depressed,” Jessica recalled. “My mother was dying, and I felt totally helpless. I was so worried that I would say or do something that would upset her. I was preoccupied with thoughts about what I should be doing for her and what she would think about my life. Sometimes I still catch myself wondering what she would think about me. I’m very sad that she never got to meet Peter or know that I married. But sometimes I think marrying Peter was a betrayal of my mother. She never felt very good about herself. How would she feel if my life went well? I think it would hurt her. She might think I was arrogant if I said I had a good life or expressed excitement about my accomplishments. I’d feel like I was being mean to her.”

Even now, after the death of her mother, Jessica still expresses a strong need for her mother: “Since my mother died, she is in my head more than ever. I find myself wondering what she would think about everything: would she like something I bought or would she be OK with my coming here?”

“What kind of response would you want from your mother now?” I asked.

Jessica began to sob: “I wish she would give me a big smile and look really delighted with me. I don’t think I ever got that from her.”

As we continued to explore Jessica’s relationship with her mother, it became clearer that her mother had been unable to provide Jessica with the basics for developing positive self-feelings and a sense of being valued, admired, and recognized. Jessica’s mother couldn’t mirror Jessica’s excitement, enthusiasm, and good self-feelings back to her. Consequently, Jessica infrequently experienced these feelings as part of herself. This left a space inside Jessica, which I believed was what Jessica described as “something missing.” Growing up, Jessica did not know that her need and longing for her mother was her effort to find her missing good and valuable self in her mother’s experience of her.

Jessica was beginning to recognize that her mother was limited and couldn’t provide her with feelings of being special that she desperately needed and longed for. Jessica also began to appreciate the consequences of her strong feelings that she would hurt her mother by being special or fulfilled. We spent many sessions talking about all the ways Jessica had held herself back in her life. She became aware of how her relationship to her mother governed her choices and kept her trapped in patterns of behavior, thought, and feeling that interfered with her ability to enjoy life, engage with people, and ultimately feel self-confident and pleased with herself and her life. She began to understand how, unconsciously, she had lived her life to assure that if her mother contrasted her life to Jessica’s, she wouldn’t feel threatened by finding too much “good stuff” in Jessica’s life. Jessica wondered if she was only able to find a partner and marry after her mother’s death.

Jessica and I worked hard exploring her attachment to her mother. Now she has emotional knowledge (knowledge with feelings attached, not just thoughts) about that connection. She knows she connected to her mother by becoming like her: she internalized her mother’s sadness and duplicated the absence of her mother’s good internalized self-feelings. She knows that her sadness about her missing good self-parts was a kind of mourning for the absence of a nurturing mother and the good feelings she was never able to obtain from her.

Now Jessica is freeing herself from protecting her mother. Now she can be there for herself. She can nurture her missing parts and change her internal world. She will be able to own a new sense of self-confidence and self-esteem and follow her own wishes, get her needs met, and feel special.