What You Should Know as Suicide Rates Rise Across America 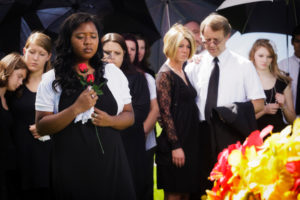 The deaths of Anthony Bourdain and Kate Spade have again brought suicide to the fore of the national consciousness. High-profile celebrity deaths can encourage conversation about an often-taboo subject. Yet research consistently documents a suicide contagion phenomenon.

When high-profile suicides receive sensationalized coverage, others are more likely to die by suicide. Suicide rates increased by 10% in the five months following the 2014 death of actor Robin Williams. The recent suicide of a loved one may also increase a person’s risk.

According to a new report by the Centers for Disease Control and Prevention (CDC), the national suicide rate has increased dramatically since the turn of the century. Between 1999 and 2016, every state except Nevada saw an increase in suicide rates. Half of the states saw suicide rates go up by over 30%. In 2016 (the most recent year for which the CDC has data), 44,965 Americans died by suicide.

Understanding suicide, its risk factors, and the importance of talking about it can save lives.

Suicide by the Numbers: Suicide Statistics

In addition to a rise in the national suicide rate, suicide has also increased among most demographic groups:

People interested in stopping suicide frequently urge affected people to “reach out.” Yet many suicidal people do ask for help. They may even tell someone about their plan to attempt suicide.

It is important to take people seriously whenever they talk about suicide. Doing so can save lives. Other warning signs include:

While no one is ever responsible for another person’s suicide, intervention can greatly reduce the risk that a loved one will die by suicide. If you know a person may be at risk for suicide, you can help by offering empathy and compassion.

If a loved one confides in you, try to listen without judgment. Saying phrases like “You have no reason to be this sad,” or “Others have it worse,” can make a person feel more isolated. This isolation can prevent them from seeking further support and worsen suicidal feelings.

If you are experiencing thoughts of suicide, know that things can get better.Urge your loved one to seek help. If they are scared to reach out, you could offer to go with them to therapy. You could also call a suicide hotline together. Until the person can get treatment, you may wish to minimize the amount of time the person spends alone. You and other loved ones can form a rotating schedule to spend time with the person.

Suicide hotlines can offer you additional resources when a loved one is suicidal. Therapy can help deal with the vicarious trauma that comes from supporting someone who is suicidal.

If You Are Suicidal

If you are experiencing thoughts of suicide, know that things can get better. A compassionate therapist can help you figure out what would make your life feel bearable. They can support you in reaching your goals. Medication, lifestyle changes, and supportive loved ones may also help.

If you are in crisis now, a hotline can help you sort through your feelings and connect you to supportive resources. Consider calling one or more of the following numbers: