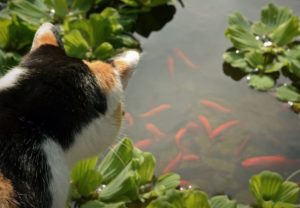 Temptation is a strong desire or drive to do something. It typically has negative connotations, and tempting objects and behaviors are often presented as gratifying in the short-term but harmful in the long-term. For example, an ex-smoker might feel tempted to smoke.

Temptation can be overpowering, and it often co-occurs with cravings. Many people recovering from addiction describe feelings of temptation to engage in drug or alcohol abuse, but temptation can also occur in more mundane settings. A person might feel tempted to eat chocolate while on a diet, to avoid doing work and watch television instead, or to buy an expensive piece of clothing they may or may not be able to afford.

The concept of temptation has a long history in religious traditions. Many religions describe temptation as a lure toward sinful or risky behavior. In many Christian traditions, temptation is attributed to the devil, who tempts people to do sinful things that separate them from God. Most Christian religions believe, for example, that Satan tempted Jesus in the desert for 40 days. Some other religions have similar figures who tempt people to engage in destructive or immoral behavior.

People may seek help for the temptation of addiction, as well as temptation to procrastinate, to lose their temper, to ignore their children, to be unfaithful to their partner, to prioritize short-term gratification over long-term achievement and happiness, and other types of temptation.

To explore the roots of temptation, it can help to understand its psychology. Many studies have been conducted to help uncover what makes people prone to temptation, what happens in the brain when a person feels tempted, and what makes it easier to resist temptation.

One study on rodents revealed some individuals may be more prone to temptation than others, and that temptation may cause them to act in ways that are extremely difficult to control. When exposed to a signal that they were going to be fed, some rats responded to the signal by treating it as if it were food. Other rats did not exhibit this behavior when presented with the signal for the food. The rats that were more drawn to the signal were more likely to have trouble controlling their behavior around similar cues (or resisting temptation).

Researchers posit that temptation is wrapped up in the brain’s reward systems. For instance, in the rodent study, rats that were more prone to temptation experienced a dopamine spike when presented with the cue for food. The rats that were not prone to temptation did not have this same dopamine spike. Scientists involved in the study suggested that while some of this behavior might be genetic, environmental factors were shown to influence whether a rat would be less resilient to temptation. For example, rats that experienced more stress when young were more likely to have trouble resisting cues when they were grown.

While temptation may often manifest in paradoxical ways, it is possible to overcome it. If you’re having trouble staying away from a temptation to engage in a self-defeating behavior, talking to a mental health professional may help you better understand your thoughts and feelings about the tempting activity and learn strategies for resisting it. Find a therapist near me.

How to Resist Temptation

A few research-backed ways to resist temptation include:

Temptation can be a serious issue when its long-term consequences lead to loss of job, home, health, livelihood, or relationship. If you experience a strong desire to act in a way you know isn’t good for your health or well-being and struggle with these feelings, talking with a mental health professional can help. A trained, nonjudgemental therapist can help you examine your feelings and develop healthy coping mechanisms that may allow you to process them and reduce feelings of temptation.