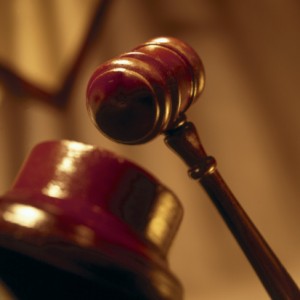 Tarasoff v. Regents (Tarasoff v. Regents of University of California, 17 Cal.3d 425, 131 Cal.Rptr. 14, 551 P.2d 334; 1976) was a Supreme Court of California case that established the duty of psychotherapists to warn third parties when they believe their client poses an imminent threat. The case has remained controversial since its ruling in 1976, as therapists must breach confidentiality to warn potential victims, but it has not significantly altered psychotherapy, as some believed it would. In fact, the ruling was extended in 2005 to include threats passed on to psychotherapists by family members of the person in treatment.

Prosenjit Poddar, a University of California graduate student, developed an infatuation with Tatiana Tarasoff, a woman he met at a dance class. The two briefly dated, but after Tarasoff rejected him in favor of other men, Poddar became extremely depressed and began stalking Tarasoff. He sought treatment from Lawrence Moore, a psychologist at Berkeley’s Cowell Memorial Hospital.

In his seventh and final therapy session, Poddar told Dr. Moore that he intended to kill Tarasoff. Dr. Moore diagnosed him with an acute paranoid schizophrenic reaction and notified campus police, suggesting that Poddar be placed under observation in a psychiatric hospital. Police detained Poddar but released him after he promised to stay away from Tarasoff, and Dr. Moore’s supervisor ordered Moore not to request any further detention of Poddar. Neither Dr. Moore nor the doctors who examined Poddar warned Tarasoff or her family about the threats made against her.

Poddar did not return to therapy. He instead began stalking Tarasoff again, befriending and moving in with her brother. On October 27, 1969, he attacked Tarasoff, first shooting her with a pellet gun and then stabbing her to death. Tarasoff’s parents sued Dr. Moore and the university, arguing that they should have been warned of the threat. Although the trial court dismissed the case on the grounds that a doctor’s duty was to his or her client, rather than any third party, it was appealed. In 1974, the Supreme Court ruled that mental health professionals do have a duty to warn, though a strong dissent from Justice Clark argued that a duty to warn compromised the confidentiality of psychotherapy and that clients might not seek treatment if they knew that their stories might be shared with third parties.

In 2001, Gene Colello told his father that he was going to kill Keith Ewing, who was dating his ex-girlfriend. Colello’s father told his son’s therapist, Dr. David Goldstein, about the threat and was told to take Colello to the hospital. Colello was admitted voluntarily and evaluated but was released the next day. The day after his release, he shot and killed Ewing, then committed suicide. Ewing’s parents sued both Goldstein and the hospital for failing to warn Ewing or police about Colello’s threat. Goldstein claimed that he could not be held liable because Colello had never told him he planned to harm Ewing.

The case was appealed, and on appeal, the court decided that there was no difference between a disclosure by a person in therapy and one made on his or her behalf by an immediate family member. They found that as long as the evaluating social worker and Goldstein had actually “believed or predicted” Colello posed a serious risk of grave injury to an identifiable person, they had a duty to warn that person. Furthermore, the court determined that the standard use of expert testimony to determine whether or not a psychotherapist was liable for failure to warn was not necessary, as a jury could rely on common knowledge to determine the risk Colello posed.

Mental health professionals have had an ethical mandate to protect the public from dangerous clients for decades. Tarasoff v. Regents simply codifies the right of people to sue if a mental health professional does not warn them of an imminent threat against them. The ruling applies only in California, but it has been used across the nation to educate therapists about the importance of protecting third parties.

The California Supreme Court’s ruling also clarified that although several conditions can give rise to a duty to warn, the most important factor is a foreseeable threat. If a psychotherapist believes or predicts that a person in therapy is likely to inflict serious bodily harm on a victim who can be reasonably identified, then that therapist has a duty to warn or protect that potential victim. It also became evident, following the Tarasoff decision, that therapists must carefully consider threats relayed to them by relatives of a person in therapy, as the ruling could again extend to cover those cases in the future.

Since Tarasoff, therapists are now careful to inform people beginning therapy of the limits of confidentiality. They are also much more likely to warn potential victims about possible threats: The number of therapists doing so has doubled since the Tarasoff ruling. Therapists cannot always accurately predict if a person in treatment will become violent, but they can warn and attempt to protect a third party if a threat is made against that person.

A common misconception following Tarasoff is that therapists have a duty to warn potential victims of threats against them, when in fact their duty is not just to warn, but also to protect. The Tarasoff ruling was amended in 2012 to reflect this.