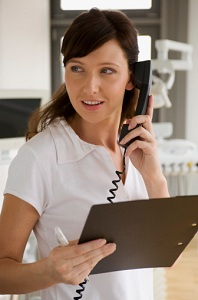 History of Duty to Warn

The duty to warn became law in California with the Tarasoff Decision. In Tarasoff v. Regents, the California Supreme Court ruled that mental health professionals have a duty to protect third parties and not only may, but must, violate client confidentiality to ensure the threatened party’s safety. The specific actions that practitioners must take vary. If the clinician does not know the third party or does not believe that warning the third party would protect the third party, the therapist typically must notify the police or other relevant authorities. In cases where warning the third party might provide sufficient protection, this may be the correct step.

The duty to warn does not absolve therapists of other client confidentiality obligations, and the therapists is only obligated to provide as much information as is necessary to warn the third party or authorities.  The therapist may not, for example, discuss unrelated treatment details with the person he or she is warning.

Debate Around Duty to Warn

Not all threats posed by therapy clients bring about the duty to warn, and there is some debate among practitioners about what constitutes a credible threat. For example, a person who says, “ I could just kill my mother after what she said to me!” is likely not making a credible threat, while a person who tells his or her therapist of a well-conceived plot to harm his or her mother may be a danger.

Similarly, it can be difficult to determine when someone is a threat, particularly when they have not made a direct threat. For example, a person who owns multiple guns and who expresses extreme rage at his ex-spouse has not made a threat, but if the anger continues to fester after several sessions and the therapist believes the person may harm his ex-spouse, the duty to protect may become relevant. In addition, there is no duty to warn if there is no identifiable victim.