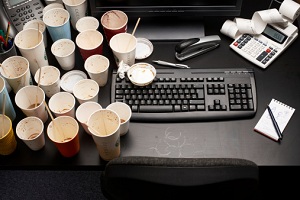 Hyperactivity describes an excessive state of activity, particularly motor activity, that may be transient or chronic.

What Causes Hyperactivity?
Some people may naturally be more active than others, and activity level is believed by some psychologists to be an important component of personality. Caffeine and sugar are especially likely to cause hyperactivity, and stimulant drugs–both illegal and prescription–can also increase activity.

Controversy
The diagnosis of ADHD and other hyperactivity-related illnesses in children is controversial, with many experts and laypeople arguing that hyperactivity is the natural state of some children and that it is dangerous to medicate normal behavior. A poor fit between a person and their environment may also contribute to hyperactivity. For example, a child who reads well above her grade level may become hyper in class due to boredom. For this reason, clinicians treating hyperactivity should look at both environmental and lifestyle factors in addition to considering prescription medication.