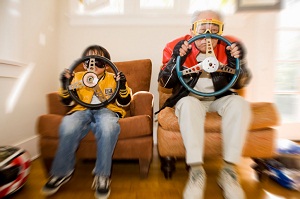 Imagination is a capacity to form mental images, sensations, and representations without the use of the senses, and is commonly associated with creativity.

What is Imagination?
Imagination is often used colloquially to refer to the ability to think creatively by dreaming up novel scenarios, fantastical stories, and visual representations. Creative people such as artists and writers are often conceived of as having powerful, active imaginations. In psychology, imagination generally refers to the ability to mentally represent sensations that are not physically present. For example, when a person contemplates the smell and taste of a lemon without either seeing or tasting the fruit, her or she is engaging in imagination.

Imagination is an important part of human cognition, and the ability to imagine things that have not actually occurred may even be unique to humans. Young children often become very imaginative as part of their development, and this imaginative capacity can help them develop empathy, the ability to take on another’s perspective and the ability to anticipate consequences to their actions. Some therapists use play therapy with young children, taking advantage of their active imaginations to help them resolve conflicts and develop coping strategies.

Imagination’s Role in Mental Health
Imagination plays a number of important roles in mental health. The ability to contemplate things that are not actually happening can contribute to mental health problems such as anxiety and delusions. But imagination can also play a powerful role in healing. Some therapists encourage their clients to envision happy endings, positive outcomes, and peaceful locations to improve emotional and mental well-being. Imagination can play a role in focused meditation when, for example, a client is encouraged to envision a safe, comfortable space as a way to cope with fear or depression.

The imagination was of particular importance to psychologist Carl Jung, who emphasized the importance of dreams to the unconscious mind. Dreams are a form of imagination because they represent images, sounds, and smells that are not actually occurring.