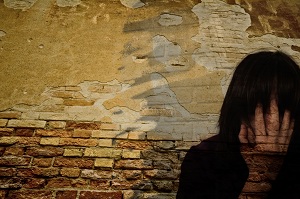 A significant problem within the field is the definition of abnormal behavior—how do we define what is normal and what is abnormal? Mental health diagnoses have increased over the last several decades, and the behavior required for a mental health diagnosis has been substantially altered over the course of several generations based on cultural, political, and scientific influences. For example, homosexuality was once viewed as a product of mental illness. However, it is now understood as a normal variant of human sexuality.

Clinicians have proposed numerous ways of defining abnormal psychology. Statistical normalcy examines the frequency of a behavior within a population. Behavior that occurs at a low frequency, such as social anxiety, is then classified as abnormal. This model has been criticized because it may pathologize behavior that causes no harm to either the client or the people around the client.

More recently, some clinicians have advocated defining abnormal behavior as that which causes both discomfort to the client or those around him or her and that which is not statistically normal. Concepts of normalcy are heavily influenced by culture. A behavior may be abnormal in one culture and cause harm to the individual because of its deviant nature, whereas in another culture, the same behavior might be perfectly acceptable. For example, eating spiders is normal in some cultures, and in western culture, it might be deemed an unhealthy compulsion.

Some theorists argue that the field of abnormal psychology stigmatizes and demonizes historically oppressed populations and people who exhibit behaviors outside of the cultural norm.