Is Moving or Relocating a Good Reason to Pursue Therapy? 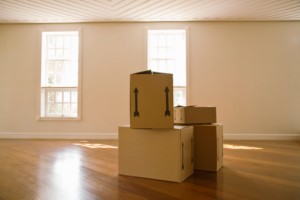 Moving or relocating, be it near or far, is a great reason to plan ahead and seek help from a therapist. After all, there is substantial evidence showing relocation causes significant psychological stress and associated emotional challenges. Rarely, though, do I hear people cite a move as the reason for coming to therapy.

People typically pursue therapy when they are in emotional anguish or unhappy. In many cases, psychologists hear about emotional and physiological symptoms such as depression, anxiety, insomnia, worry, or stress that make coping with daily tasks challenging. Other times, the reasons for seeking therapy are relational, such as problems at work, bad behavior at school, relationship discord, or lack of friends.

Any or all of the above could result from relocating. Fortunately, the emotional, physiological, and relational difficulties associated with moving can be averted or ameliorated with early intervention.

The personal and social changes involved in a move vary widely with individual experiences and backgrounds, making such changes almost impossible to generalize. Nonetheless, commonly there are environmental/external or individual/internal factors at play. Environmental factors may include cultural or language differences, finances, and reasons for relocating. A family moving to London for a job promotion is very different than a family fleeing to Miami after a natural disaster, such as Haiti’s 2010 earthquake.

The larger the cultural differences and the greater the geographical distance between the place of origin and the new home, the more complicated the adjustment to the new life is likely to be. A move to a country with an unfamiliar language may be more stressful than relocating within your home country. According to Kupka and Cathro (2007), who studied a sample of German expatriated families, expatriates rely more on social support from other expats in their adaptation to the new environment when there is a greater cultural distance. The existence of a social network in the new home may improve the well-being and adaptation of the moving family.

The larger the cultural differences and the greater the geographical distance between the place of origin and the new home, the more complicated the adjustment to the new life is likely to be.

Personal or internal factors may increase or ameliorate the stress surrounding the move and transition. Working at a counseling center in Tokyo, I found that many of the people in therapy who struggled with adaptation to their new environment and to cultural norms had experienced similar emotional distress back home. When someone had difficulty making new friends or assimilating to a new social group in Tokyo, we often found a history of family disengagement or painful and traumatic interpersonal relationships at home. Moving rarely solves the problem by itself.

Church (1982) supported these anecdotal observations while surveying families that had relocated internationally. The researcher found that people with preexisting, untreated psychological conditions tend to develop more problems in the international assignment. On the other hand, those who had experienced previous successful moves or had a higher experience of self-efficacy tended to adapt more successfully and faster.

Personal factors such as previous losses, forced moves, and a history of complicated adjustments may complicate the adaptation and perhaps escalate to social and psychological issues that interfere with daily functioning. For example, a family forced to move because of war or a natural disaster may be ill-prepared to face the challenges of the new adjustment. Contrastingly, a family excited about their new life that has developed accurate expectations, a connection to their future community, and has educated family members about the transition is likely to experience less stress and fewer difficulties adjusting. Planning and preparation, education, and anticipation of challenges related to a move may function as buffers to the development of more severe social and psychological problems.

Early intervention can build protective factors and coping skills to face the stress of change and adjustment. Research on families relocated internationally by companies has found that the success of the international job is related, among other factors, to the adjustment of the employee’s partner to the new country. When partners did not adjust and families had to return to their country of origin before the completion of the contract, the result was major financial loss for the companies.

Thus, multinational companies were motivated to invest in research into factors that would make the adjustment to moving successful. Then companies invested in implementing those findings. For instance, companies hired consultants to educate about cultural differences, to develop realistic expectations for adjustment, and to create social networks to embrace and help acclimate families. In many international schools, there is a process of absorption that may include assigning buddies, as well as teachers, counselors, and volunteers monitoring daily progress and creating experiences of inclusion for new students. On the other hand, there are schools that lack experience absorbing new families, often throwing new students into large classes with only a brief introduction and an expectation to fend for themselves. Some students adjust and thrive in almost any environment, while others struggle and develop physical, social, or emotional problems. Because the failure of an international assignment may cost 2.5 times the salary of the employee—sometimes more than $1 million—multinational companies began investing in preparation and support for families relocating.

If faced with a move, consider seeking the help of a therapist or other expert guide. The cost of help will likely reduce the emotional cost and improve emotional gains associated with relocation.