The Charge of the Somatic Psychotherapist: Rewiring a Living System 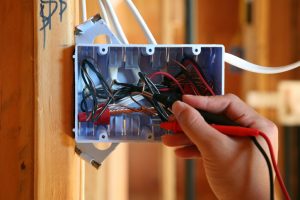 I recently became the proud owner of a 1913 craftsman home. Old homes are wonderful; they add a rich sense of history to our modern lives. However, they often require extensive repair, and mine was no exception.

Having discovered a bit more of a disaster in the attic than I’d initially thought, I hired an electrician to rewire some electrical circuits. As I watched him work, I saw many parallels between the work he does and what somatic psychotherapists do to help people get out of autonomic dysregulation.

Our autonomic nervous system (ANS) lies beneath the level of our consciousness. It is where the bulk of our mental health symptoms “live.” Like wiring in a house, it is built from wires (nerves) and circuits (interconnections that transfer current or charge). The ANS controls our automatic bodily functions, including digestion, heartbeat, respiration, temperature, and survival responses. It “speaks” to us in the language of sensation and involuntary movement. Sometimes it speaks subtly, sometimes quite painfully. The tangible, observable work of the electrician can serve as a model to help us understand our symptoms—and how we work with them in somatic psychotherapy.

When the electrical system in our house is not wired correctly, the things we rely on for the basic functioning of our lives don’t function right. Lights flicker or don’t work; outlets don’t deliver power; appliances sputter. In the worst case, things can burn if the voltage is dysregulated. Essentially, we can’t plug in and reliably get power where we need it. This holds us back from doing what we need to do as we go about our daily lives.

There’s a parallel here with the people I work with in therapy. They tell me about their experiences with anxiety, irritability, depression, and difficulty in relationships. They experience flashbacks, feeling as though they are reexperiencing something terrible that occurred quite a while ago. They have somatic complaints they know are related to stress and worry: gastrointestinal troubles, insomnia, memory problems, even physical pain. Their bodies become unreliable. The basic functions of their human lives sputter like appliances plugged into faulty outlets.

A human’s “wiring” is their autonomic nervous system, and a person’s symptoms are no more their “fault” than it’s the house’s “fault” its owner is sitting in the dark. However, the ANS is not as easily accessible as the wiring in an attic.

As I watched my electrician work, I noticed him (like me) carefully assessing the behavior of the system. Unlike me, he can directly observe the wires and where they lead. He can put a voltmeter directly onto the wires or outlets to see how much current they’re getting. I can’t, but I can infer fairly reliably via careful observation of what a person’s body is doing.

To fix the problem, the electrician has to redirect, repair, or deactivate circuits that are not functioning well. He has to install smoothly functioning circuits that work in conjunction with the other circuits and the electrical panel. (He also gets to put parts of his “subject” to sleep while he works by shutting off the breakers. I don’t—but then, the people I work with in therapy don’t usually try to zap me if I make a minor error.)

He can use his hands to disconnect faulty wiring and lay down new wiring right where he wants it. (I’m a little jealous of that, but then, I don’t have to work in attics or crawl spaces.) He can double check its function afterward by testing the system and appliances.

The people I work with in therapy also get parts of their “houses” (their autonomic nervous systems) rewired. A main goal of somatic therapists is to help each person learn how to rewire their system from the inside, with our help and support. In other words, we help them access the inborn biological mechanisms that rewire their circuits so they can function better. The ability of the nervous system to adapt to changing circumstances and rewire itself into a new configuration is called neuroplasticity. I provide the supportive interpersonal space for people in therapy; they do most of the work, with my guidance. This is akin to the electrician doing the rewiring work in a safe, dry environment that won’t shock him. Nervous systems do not rewire well in unsafe interpersonal environments.

At the same time we are shaping the person’s biology, we also have to be able to be with and “hold” the person as a whole. That is, we have to be genuine human beings in the room with them, aware that we are simply fellow travelers on the path of life, genuinely grateful our paths intersect for a brief time. This is one of the true joys of my work.

Instead of a set of tools and my hands, I use my face, my voice, my humor, my suggestions, educational information, and especially my manner of being. Somatic therapists use these as the “tools” to coax the system to move in the direction it needs to go. Our advantage is that, unlike the house, a person’s body wants to heal and can do so on its own.

Unlike houses, humans are living systems. Because we are highly complex, social animals, the functioning of our circuits is enormously dependent on our interactions with other human beings. One study found children who were appropriately fed but left alone most of the time “suffered from severe delays in physical growth and neurobehavioral development, and elevated rates of serious infections.”

Consistent supportive interactions over a long period of time are what turn on the circuits: to learn how to interact with others; to develop emotional self-regulation; to relax and come out of the threat response cycle; to learn boundaries and limits; and especially to be loving and attuned to others. This causes wiring (new neurons and synapses) to grow in the nervous system. This is why therapy works: because the therapist works with these powerful interpersonal channels. In her article discussing the effects of such interactions, Katherine Harmon notes that “the main thing would be to give them what they didn’t get,” which is a starting point for understanding some of the functions of therapy.

During a therapy session, the therapist has to be doing two things at once. First, we are always aware of where the person is on the “map” of nervous system activation. Are they in relaxed social engagement or are they going into fight, flight, or freeze? If the latter, how much? Is this a functional or unhelpful response for whatever’s happening in the moment? The therapist has to respond accordingly, moment by moment, in order to “nudge” the system back into the proper response or to support the appropriate response that is emerging, possibly for the first time.

At the same time we are shaping the person’s biology, we also have to be able to be with and “hold” the person as a whole. That is, we have to be genuine human beings in the room with them, aware that we are simply fellow travelers on the path of life, genuinely grateful our paths intersect for a brief time. This is one of the true joys of my work.

In the case of both the house and the human, the result is all of the lights are on and functioning smoothly—or, at least, a lot better than they had been. The person is free to go about the business of daily living, supported by all the necessary functions. Although electrons are invisible, the electrician’s work is fairly tangible. The therapist’s work is indirect, imperfect, and often unpredictable. However, we are both aiming for tangible results, improvements that allow the person in question to live their life in a free and unfettered manner.