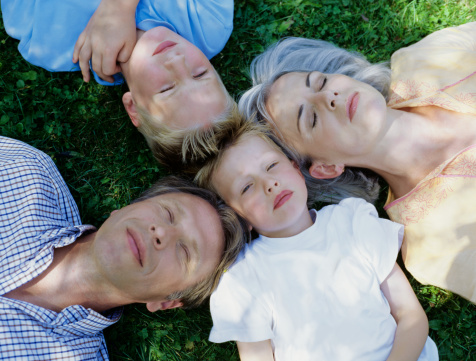 Family constellations is a therapeutic approach designed to help reveal the hidden dynamics in a family or relationship in order to address any stressors impacting these relationships and heal them.

This alternative approach may help people seeking treatment view their concerns from a different perspective, and therapists may offer the family constellations approach as a treatment for issues proving difficult to treat with traditional therapy.

This alternative approach was developed by German psychotherapist Bert Hellinger in the mid-1990s. Family constellations therapy evolved out of his work as a family therapist and his belief in the energy, both positive and negative, found in familial bonds. Nearly 50 years of studying and treating families led to his observation of patterns of mental health concerns, illness, negative emotions, and potentially destructive behaviors within families, and he suggested individuals might unconsciously "adopt" these concerns as a way of helping other members to cope. Proponents of family constellations believe the method to be less restrictive than other methods of therapy and support its capacity to allow people to see different perspectives and alternate solutions.

A family constellations session typically takes place in a workshop made up of a group of individuals who are not related. Members of the group stand in for family members of the person or couple presenting a difficulty or concern. The person seeking resolution of an issue, who is referred to as the seeker, or the group facilitator chooses these representatives and places them into position as members of the individual's family, also choosing one person to take the place of the seeker in order to complete the family dynamic. The use of other individuals to represent the family is believed to illuminate the disharmony within the family, and the individuals standing in as members of the family are believed to be able to feel and experience the emotions of the person whose role they have taken on. Hellinger, the developer of family constellations, calls this sense of connectedness, which is said to be felt telepathically by members of the group, the morphogenic field.

Although the representatives speak very little, the sense of knowing believed to result from the process is said to be apparent to all who participate. The seeker watches from the outside to gain new perspective on the situation.  Even when an issue is not fully resolved by the constellation process, the individual who presented the issue may still achieve insight into the issue for which they are seeking help. None of the members of the constellation know the seeker or are aware of the underlying issues brought forth by the seeker, but they often report an awareness of specific emotions and feelings directly related to the individual's situation. The facilitator may ask members to explain what they are feeling, specifically in their relation to other members of the family. This may shed light on certain emotions and relational aspects that can be clearly connected to the issue being addressed.

Resolution may not be immediately clear to the person who has presented the issue. The facilitator in the session repositions members, occasionally asking them to speak their feelings aloud. Members may be moved from place to place in the constellation until they find a position or are able to make a verbal statement expressing feelings of comfort with their place in the constellation.

Family constellations work is considered most effective in addressing concerns that are systemic in nature. These concerns might include family of origin issues, parent-child relationship difficulties, and intimate relationship challenges.

It may be used as a potential therapy method for people who:

Family constellations is gaining popularity as an alternative approach to therapy, particularly in Europe, America, Asia, and Australia, where it is seen by many as a powerful and cost-effective method of addressing relationship-based challenges. Its popularity may be in part due to the brief nature of the therapy and its unique method of resolving challenges in which others are involved without necessitating the presence of those other individuals.

Proponents of the family constellations approach believe each member of a family, adult or child, longs to feel significant and find a place within the family construct and support the method as a helpful step in the process of achieving this sense of significance and belonging. People who participate in this technique often find themselves unearthing surprisingly emotional reactions regarding their relationships, familial or otherwise, regardless of their age.

In recent years, Hellinger's approach has come under scrutiny, particularly in German-speaking countries. Critics have questioned a number of Hellinger's ideas, particularly those impacting his family constellations work with individuals seeking help, and the outcomes of his therapy.

Critics have voiced the following concerns, among others:

Because the vast majority of Hellinger's books, videos, and writings on his methods are not available in English, those who offer or participate in this therapy outside Germany, Hellinger's native country, may be entirely unaware of his controversial and potentially harmful ideas. Family constellations therapy does not necessarily operate on basis of these ideas, nor is every practice grounded in all of Hellinger's methods. Since these criticisms have been made, a number of practitioners and proponents of the method appear to have taken steps to distance themselves from these views.