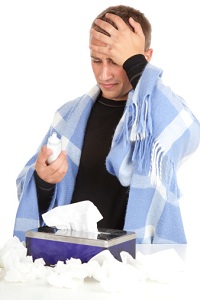 Malingering is the faking or exaggeration of illness—either mental or physical—to obtain some reward or gain or to avoid punishment or stress. It is different from factitious disorders (manufactured illnesses) in that malingering is motivated by a specific external force and is not necessarily indicative of a mental health condition.

Examples of Malingering
Malingering covers a broad range of behaviors. A criminal defendant, for example, might fake mental illness to obtain a reduced sentence or a verdict of not guilty by reason of insanity. Conversely, someone who does suffer from an illness might exaggerate its effects for personal gain. A child who stays home sick with the flu might exaggerate his/her pain and symptoms to get special treats, attention from his/her parents, or other rewards.

Origin of Malingering
Malingering is not a mental health diagnosis, but may be symptomatic of some mental health conditions. For example, someone diagnosed with borderline personality might engage in malingering to subvert another person’s intention to leave. Malingering is often associated with people who have anxious personalities and fear punishment and abandonment, but may also be a one-time strategy to avoid unpleasant situations such as a high-pressure day at work or a test at school. Malingerers may imitate a variety of illnesses ranging from a cold to psychosis.

Malingering is prevalent enough that some mental health practitioners have developed methods to detect feigned mental health conditions. Some clinicians use the Minnesota Multiphasic Personality Inventory-2 to detect malingered posttraumatic stress. The U.S. military prohibits malingering and may cancel benefits for veterans discovered malingering their symptoms. Malingered pain is notoriously difficult to detect. Even when there is no physical cause for the pain, it is difficult to demonstrate that a person is faking. Malingered pain is different from pain caused by a conversion disorder in that the person knows they are not really feeling pain.