Confessions of a Virtual Therapist: Pros and Cons of Online Therapy 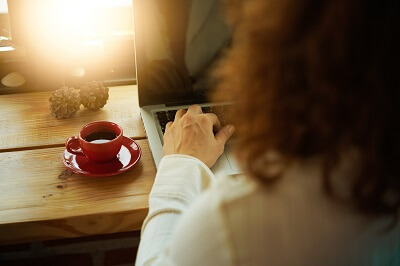 I’ve been conducting therapy exclusively online for the past two and a half years, the last year of which has been in my own private practice. Prior to that, I conducted therapy in a traditional face-to-face format for nearly a decade. My initial reaction upon first hearing of online therapy years ago was curiosity. I wondered the same things many of us do when considering trying something new: How does this work? What can I expect? Is this vastly different than what I’m used to? What are the possible pros and cons?

Seeing that distance counseling is still gaining momentum, I feel that sharing what I’ve learned may be of use to both therapy seekers and providers.

My digital therapy journey began shortly after having my first child. I started to long for a more flexible work schedule that would allow me to be more present as a mother. A close friend of mine, aware of my dilemma, passed along a link to an established teletherapy company that was hiring. I jumped on the opportunity.

I was thrilled and terrified at the same time when I received a job offer. Excited because of the potential I saw in this modality to better match my lifestyle, and scared because I didn’t know what the heck I was doing or what to expect. Like anyone in the throes of anxiety, off I went on a quest to attain certainty and reassurance. This resulted in me acquiring the Distance Credentialed Counselor (DCC) certification, which I highly recommend for anyone interested in offering any of the various modalities of cybertherapy—including text, messaging, and video chat.

I remember working to finish this course at a furious pace, thinking I’d be working with people any day. Well, much to my dismay, this was my first lesson in how being a virtual therapist differs from being a face-to-face therapist. Cue cricket sound effects. I was under the assumption getting on board with a well-known, online therapy platform would immediately equate to making connections with plenty of people needing therapy. But, ironically, while more people have access to your services online than in the “real” world, you are like one tiny star in a vast cyber sky.

I finally started working with someone after about three months, and I’ll never forget how nervous I was. I was so worried it may be more difficult to accurately track shifting emotions, facial expressions, or body language via video chat. I was also concerned I may come across as more clinical, less warm or empathetic, making it more challenging to build rapport. I had conjured up these fears that since it was online, some crucial element would be missing—but I couldn’t pinpoint what that would be, exactly.

It was quickly revealed all these fears were unfounded. If anything, I find that both myself and the individuals I work with probably project more authentic versions of ourselves from the comfort of our own homes. The thing I place the most emphasis on—the integrity of the therapeutic relationship—is not diluted in any way because we are connecting through a screen. In fact, people often tell me that their online experience has been more satisfying than their previous in-person therapy.

Other beneficial aspects of virtual therapy include:

Of course, there are disadvantages—perhaps the most notable being technological glitches such as inconsistency in internet connection strength or problems with the video chat platform. Understandably, frozen screens, echoing, low-resolution video feeds, and dropped calls are not conducive to the therapeutic experience. Internet strength, weather, and other variables all play a role in disruptions, and this is undeniably a con on both sides.

Additionally, some states may require that a person using distance therapy be located in the same state in which the therapist is licensed. Depending on the regulations where you live, this could limit your options as either the provider or the person seeking services.

Finally, as a consumer, in some cases it may be difficult to tell whether an online therapy service is credible, reputable, or safe to use. This is where it is important to do some research and insist on evidence of proper credentials and HIPAA compliance.

As you can see, online therapy, like traditional therapy, is imperfect. Is it better or worse than face-to-face therapy? I’d say that depends on perception. Does it have limitations? Sure. But it does appear to be effective for a certain subset of the population (non-suicidal individuals or those not in the midst of a major crisis requiring more intense intervention).

The experience of online therapy is apparently a reinforcing one; otherwise, it wouldn’t be a rapidly expanding means of providing and receiving therapy. But I leave it to you to decide if teletherapy is the right fit for you, either as a consumer or a provider. There is certainly more to say about this emerging field, but the parts I’ve shared are the ones that have impacted me the most. All I request, like the old saying goes, is “don’t knock it ’til you’ve tried it.”