The Pain of Undiagnosed ADHD in Adult Relationships 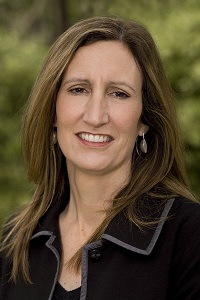 Editor’s note: Melissa Orlov, LLC, is a marriage consultant who specializes in working with couples impacted by ADHD. She is the author of the award-winning book, The ADHD Effect on Marriage: Understand and Rebuild Your Marriage in Six Steps, and provides seminars for couples and therapists. Her continuing education presentation for GoodTherapy.org, The ADHD Effect on Couples, is scheduled for 9 a.m. PST on January 25. This event is available free with 1.5 CE credits for all GoodTherapy.org members. For details, please click here.

In your couples practice, you may well encounter couples in which one partner is chronically angry while the other keeps making mistakes that are hard to understand, such as regularly forgetting to do something they’ve committed to, constantly irritating their partner by being late, or never cleaning up after themselves. The angry partner tries many things to motivate his or her partner—nagging, scolding, pleading, crying—but nothing seems to work. The forgetful partner is genuinely contrite, yet continues doing the same “stupid” things.

It is possible that this couple’s relationship is being impacted by undiagnosed attention-deficit hyperactivity (ADHD).

Learning how to work with couples affected by ADHD is a relatively new and very much needed skill in couples therapy. It is only recently that we have been thinking much about ADHD in adults, and according to expert ADHD researcher Dr. Russell Barkley, as many as 90% of adults with ADHD remain undiagnosed (1). Clients often don’t know they have ADHD or that it contributes to their marital issues. Many times, neither do their therapists. Unfortunately, unrecognized ADHD can wreak havoc in a relationship—in some research studies, almost doubling rates of marital dysfunction and divorce (2).

One of the side effects of the repetitive missteps of an ADHD partner is that anger builds in the relationship. Chronic distractibility, disorganization, and difficulty remembering things are hallmark traits of adult ADHD that can severely impact one’s life. They also don’t play particularly well in a relationship or at home. A chronically distracted partner is often not particularly good at attending to his or her partner in a way that communicates love. The feelings of love are there, but the partner is simply off doing other things. It is no surprise that non-ADHD partners often report that they feel intensely lonely in their relationship (3).

As distraction, disorganization, and other ADHD symptoms continue unabated, partners of those with ADHD can lose patience and become so angry that it colors every aspect of the relationship. Minor gaffes become major blow-ups because they are symbolic of bigger issues in the relationship. For example, an ADHD partner who leaves the milk out on the counter may be reprimanded by his or her partner for “never paying attention” or being “lazy,” even though in other situations leaving milk out might be considered a “nonevent.”

With enough rebukes, an ADHD partner (who often suffers from self-esteem issues in any event) begins to avoid engaging with the non-ADHD partner. Anger that he or she is being constantly criticized builds, too. Arguments escalate more and more quickly, and the couple find themselves in a strong, negative behavioral spiral. They don’t understand their partner’s seemingly arbitrary behavior, but do understand they don’t like it.

My observation is that by the time ADHD-impacted couples make it to counseling, they are often in very significant trouble. They’ve tried everything they can think of to “fix” things, but because they don’t know about the ADHD, have not found a workable solution to their conflicts. They are suffering from great emotional pain, and are often feeling hopeless about the relationship. Many are trying to decide whether to get divorced, but are confused. They feel they ought to be able to do better and don’t understand why they can’t.

The good news for therapists is that working with these couples can literally turn their lives around. First, couples are typically greatly relieved to realize that there is a reason for their problems. Also, identifying ADHD provides a significant chance for behavioral improvement in the ADHD partner. With effort, about 70% of those with ADHD can find treatment that provides almost complete, or at least very significant, improvement in their symptoms (1).

Naming the problem not only provides renewed hope, it creates an opening for redirecting interactions between partners. Certain types of communication tactics, organizing habits, and ways to “attend” to each other simply work better than others for couples impacted by ADHD. These are often not the same tactics that couples not impacted by ADHD use (3), so therapists need new training to optimize their effectiveness.

Sometimes that training includes learning a new style of interacting with clients. I find that these couples respond well to an “activist” approach to counseling that puts the therapist in multiple roles at different points in the therapy—that of expert educator, listener, ADHD coach, sex advisor, and investigator, to name some of the most common. These couples tend not to learn through self-reflection. Rather, they need active guidance to learn a new skill set that will enable them to live together successfully and bridge their often very considerable differences.

Yes, these couples often have really significant problems. Not all of them stay together. But with the right assistance, many of them are able to turn their relationships back into something they treasure. For therapists, it can be incredibly fulfilling work.