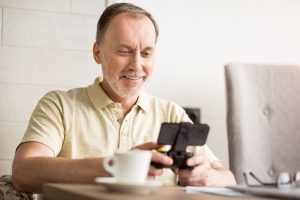 Researchers in the first study used an app called Project: EVO with 10 adults age 60 and older who experienced depression. The app is meant to improve attention and focus. Though not specifically designed to treat depression, the researchers say improvements in attention might reduce symptoms of depression.

Even though most participants had never used an app on a tablet or played a video game before, all were compliant with the recommendation that they play the game for at least 20 minutes five times per week. Participants also had weekly meetings with a clinician.

An App, a Video Game, and a Placebo for Depression

The results are preliminary, and researchers do not yet know if the improvements will persist over time. They suggest the potential for an app or video game to treat depression could reduce the cost and time commitment associated with traditional depression treatment options.