So You’ve Made a Mistake. Where Do You Go from Here? 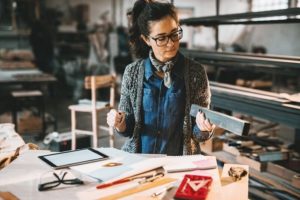 Just process your mistakes into learning: it sounds simple and obvious. Why would we not want to learn from our mistakes? But as easy as it is to say, resistance can come from some interesting places, and we may not always be aware of it.

For example, when feeling ashamed, you might become convinced there is something irreparably bad about you and lose your ability to connect with others. When that happens, it makes sense that you might try your best to keep a mistake secret and hidden.

When you want very much to be helpful and kind to others, you may make yourself less prone to noticing a mistake, a misunderstanding, or even unintentional harm. When you’re not feeling self-confident or empowered, you may react defensively to criticism or challenging feedback. Generally, when people feel like a mistake is a bad reflection on them, they won’t admit it.

Our very human feeling is that we don’t want to cause harm, and we are afraid of making mistakes. We imagine that we lose power, control, and respect if we do unintentionally cause harm.

Our very human feeling is that we don’t want to cause harm, and we are afraid of making mistakes. We imagine that we lose power, control, and respect if we do unintentionally cause harm.

In my early thirties, I got a job as a carpenter. In the beginning, I was the “go-fer,” wearing new baby blue overalls and eating from a lunchbox from the television show The Waltons. Barney, the company owner, enjoyed teaching carpentry skills and hired minority workers. I was a minority individual as a woman in the 80s. I loved the job and stayed on, but I had to go through quite a learning process that was slowed down by my fear of making mistakes.

I would measure for lumber cuts four and five times before making the cut and would ask Barney for instructions several times. I would measure the distance between nails before hammering them in. You get the idea. I was slow.

One day, Barney said, “You know, the sign of a good carpenter is not one who never makes mistakes, but one who knows how to fix them.” It took months to learn that lesson. Here’s what I noticed: As I let go of fear, I became more skillful. The electric saw became an extension of my hand rather than a difficult, loud tool. As I relaxed, I worked more quickly and easily, and I even made mistakes.

Because I had learned that I could fix mistakes, I could cut another piece of wood and use the one that was too short for something else. Drywall mud can cover imperfect looking cuts. I discovered that fixing a mistake can be quite creative and even produce something better.

Later, as a psychotherapist, I had to apply the same lesson. One sign of a good psychotherapist is not one who never makes mistakes, but one who knows how to track for relationship trouble and then resolve and repair it. Over time and through experience, I relaxed my terror of unintentionally causing harm and developed confidence in my ability to see or feel that my impact was different than my intention. This allowed me to be able to pause, get curious, check in with my client, attend to repair, and in the end, learn something that I could use in the future.

For a simple example, I suggested at the very end of one session that a new client do a little journal writing about the issue she brought up. In this case, I wasn’t aware of a problem until her next session, when she walked in very mad at me saying that I was just like all the other therapists, with an automatic order for journal writing to solve every problem. I paused, acknowledged her anger, and then thanked her for letting me know something about her—that she hates journaling.

I agreed never to suggest that she journal again. I could have gotten defensively caught in trying to explain that I had never ordered journaling, just suggested it, but that would not have restored our connection. My takeaway learning was a reminder that my influence (suggestion heard as an order) in my role as a therapist is stronger than if I were a friend.

You have probably practiced this in your own life in small ways without realizing it. In a romantic relationship, you may have learned that when someone is upset, you ask if what’s needed is sympathy or help with a solution. Maybe you have learned that it is better to ask for something to change instead of talking about what isn’t working. Starting with small situations that might have less of a shame reaction or big impact on your life could help you create a consistent practice. Even small actions in a relationship can have big results.

Here are several pointers for processing mistakes into learning:

An Activity for Learning from Mistakes

A. Think back over a mistake you made—either a big one or a little one—that you still feel bad about.

B. Get together with a trusted friend, who was not involved in the situation, and go through the same process—but this time, talk it through out loud.

Practice sharing your vulnerability; this can help solidify your learning as well as create a habit of embracing the learning process. Your friend may also be able to bring up other curiosities or observations that help you move away from shame. We are often better at seeing each other’s strengths than our own and can tend to be kinder to each other than to ourselves.

C. Ask someone with whom you have a lingering regret to meet with you.