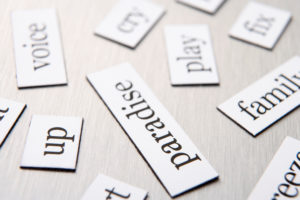 The most common medical cause of verbigeration is schizophrenia. Verbigeration may occur in people with schizophrenia as part of a cluster of speech and thought disorders. These may include other behaviors such as tangentiality— the inability to focus on conversation–and echolalia–automatic, unconscious repetition of another person’s speech or vocalizations. Verbigeration indicates a disorganized, tangential thought pattern and can strongly interfere with both communication and thought.

Rarely verbigeration may indicate a brain injury, drug overdose, or poisoning when parts of the brain related to speech and thought are affected. Developmental disorders such as autism may also result in verbigeration. Obsessive compulsive disorder, which causes obsessive repetition of compulsive actions, may very rarely cause verbigeration.

What is the Treatment for Verbigeration?