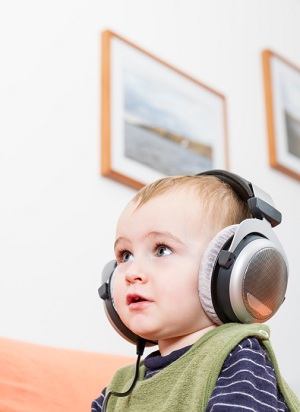 Echolalia is the repeating of words or vocalizations made by another person. While it can be symptomatic of an illness, it is also an important part of language development in children.

Echolalia in Children
Children learn to speak by repeating the vocalizations others around them make. This repetition is automatic in babies and young children, and begins between six and nine months in most children. Children may repeat all or only part of something someone else has said. For example, a father who said, “Do you want to read with dada?” to his child might hear the response, “dadadadada” from a baby. Toddlers and young children may repeat entire sentences their parents say to them. Toddlers commonly repeat questions posed to them before answering them. This might help them remember the question or may simply be a mechanism for learning and experimenting with language. Echolalia serves an important purpose because it helps children learn to pronounce and understand words. Children with sensory deficits such as blindness may display patterns of echolalia longer than other children.

Speech Delays and Mental Illness
Children with speech delays may continue an echolalia pattern of communication well past early childhood. Echolalia is a common symptom of autism. It also occurs in Tourette Syndrome and Alzheimer’s disease. Echolalia can be diagnosed as its own speech disorder when no other symptoms are present.

Echolalia may also occur with some mental illnesses, including schizophrenia. Because echolalia typically co-occurs with other symptoms, treatment depends on its underlying cause. Both speech and occupational therapy can be helpful for people with developmental delays. When echolalia occurs as part of Tourette syndrome and catatonic schizophrenia, medication and therapy may help.

In Popular Culture
Echolalia may be used as a pejorative term for people who unthinkingly repeat things they have been told by others.