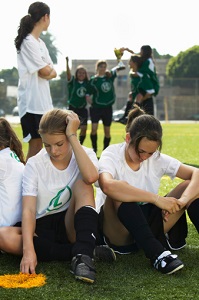 An underdog is a person, team, or other entity widely believed to have a poor chance of success, winning, or achieving some other goal.

What Is an Underdog?

There are underdogs in every walk of life, from business to sports. An underdog is anyone who is at a perceived disadvantage, who is perceived by others to be weak, who has a history of failure or challenges, or who people believe is likely to fail. Underdogs are commonly used in television and movies both as comic relief and as sources of inspiration and triumph. The television cartoon “Underdog,” for example, follows the triumphs and exploits of an unlikely canine superhero. Examples of an underdog might include:

People often choose to root for the underdog, and most people love a story about an underdog triumphing against adversity. The reason for this may be that most people have been underdogs at some point in their lives because no one can succeed at every pursuit. When underdogs succeed, it can give people hope that effort, hard work, and hope can triumph in the face of immense adversity.

Being the underdog can have both positive and negative psychological effects. While underdogs are often given public acclaim when they win, the perception that an underdog is likely to fail can increase the likelihood of failure, harm self-esteem, and cause performance anxiety.

From Oliver Twist to Rocky, some of the most influential characters in fiction and true tales of inspiration were underdogs. Some underdogs, like Cinderella, Eliza Doolittle of Pygmalion and My Fair Lady, or Oliver of Oliver Twist achieve success through luck and fortune. The rags-to-riches aspect of underdog stories is pronounced in fiction, but there are plenty real-life examples of underdogs who succeeded through talent and determination.

One of the oldest stories of an underdog is the Biblical tale of David and Goliath, in which David, a shepherd, defeats the much stronger mighty warrior Goliath. The ancient Greek storyteller Aesop wrote several fables that involved successes of underdog characters: In the popular Tortoise and the Hare story, the two animals enter a race in which it seems the hare has the distinct advantage. The tortoise demonstrates perseverance and humility, winning the race while the lazy and overconfident hare takes a nap.

Many examples of underdogs can be found in the world of sports—whether the underdog is a player, a coach, or an entire team. Movies like Miracle and stories like Moneyball, both based on true events, present underdog characters who proved that against all odds, they really did have what it took to win. Even Seabiscuit the horse overcame the doubt about his abilities to become one of the most notable racehorses in history.

In contemporary pop culture, underdogs appear in shows like Glee and stories or movies like Harry Potter and The Hunger Games. In any era, there will always be an unlikely hero to root for—someone to identify with and rally around no matter the odds.