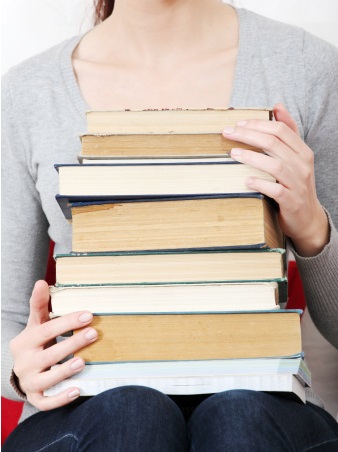 Psychobabble is speech that relies heavily on psychological jargon and expressions. It is often used by individuals who have little to no training in psychology. The word is derived from a combination of the words “psychology,” or the study of the mind and behavior, and “babble,” which is to utter meaningless or unintelligible sounds. Even when used correctly, psychobabble is often difficult to understand and can obfuscate the meaning of even relatively simple ideas.

Anyone might use psychology terms in an improper context, or without an accurate understanding of what the terms actually mean. This use of psychobabble can be at least partially attributed to the proliferation of self-help books, which often use diagnostic terms that are then adopted for use by the general public without an actual diagnosis, or any input at all, from a mental health professional. Non-professional use of early diagnostic terms in psychiatry have also helped contribute to psychobabble.

People might label a psychologist’s description or use of new medical terms as psychobabble, dismissing legitimate mental health concerns as not being real. This can generate prejudice and mistrust toward the field of mental health and may lead to an individual’s not seeking help for actual concerns. For example, a parent might brush off a child’s diagnosed selective mutism as shyness, saying, “Oh, she’s just a shy child, and she’ll grow out of it.” In fact, although shyness may be something an individual eventually grows out of, untreated selective mutism can significantly impair a child’s ability to function in school and other social situations.

Psychobabble is also sometimes used as a descriptor for texts that use psychology terms or jargon without clearly defining them or putting them in context. Although this practice might lend the writer or speaker greater authority, it might also present psychological terms or ideas in such a way that they are misunderstood by readers, even when that was not the writer’s intention.

In its popular use, psychobabble sometimes pathologizes normal behavior and is frequently used incorrectly. For example, a person who enjoys order does not necessarily have obsessive-compulsive tendencies, and the term fetish refers specifically to sexual arousal, not simply a fascination with something. Fetish is also sometimes used by individuals to refer to any unusual sexual interest, even when the interest is not actually a fetish.

Misunderstood elements of experimental psychology sometimes make their way into everyday communication as psychobabble. Someone might, for example, tell a partner that an act of infidelity was inevitable, because humans are not naturally monogamous. A person might also defend a tendency to overspend on the grounds that it is a replacement for evolutionary gathering behavior or refer to shopping habits as “retail therapy.”

People receiving mental health treatment sometimes express concern that treatment providers use psychobabble instead of speaking clearly and coherently. The overuse of psychiatric jargon can interfere with a person’s ability to understand a diagnosis or treatment plan. It can also be used to stigmatize behavior. A psychiatrist might, for example, say a person appears to be having a depressive episode, but the person might disagree and say “I’m just feeling sad.” As a result of this stigmatization and confusion, the person may be reluctant to seek further treatment. Therefore, a therapist or counselor might wish to ask clarifying questions of individuals and refrain from using clinical terms to describe a situation when other terms may be just as appropriate and might also try to maintain an awareness of the person’s understanding of any diagnosis given.

People can also evaluate their daily language. Those who use psychobabble in speech may wish to attempt to find other phrases, as overusing or misusing psychology terms can reduce awareness of the severity of certain mental health conditions and can also reduce the perceived impact of particular situations on an individual. For example, an addiction may have a serious impact on an person’s life, and the usage of the term in everyday speech in instances like “I’m addicted to horror films,” may have the effect of trivializing a true addiction in the minds of those who do not have an experience with the condition.