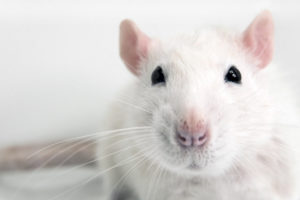 The Little Albert Experiment demonstrated that classical conditioning—the association of a particular stimulus or behavior with an unrelated stimulus or behavior—works in human beings. In this experiment, a previously unafraid baby was conditioned to become afraid of a rat.

Classical conditioning plays a central role in the development of fears and associations. Some phobias may be due at least in part to classical conditioning. For example, a person who associates leaving the home with being abused by their parents might develop agoraphobia.

Who Conducted the Little Albert Experiment?

Psychologist John Watson conducted the Little Albert experiment. Watson is known for his seminal research on behaviorism, or the idea that behavior occurs primarily in the context of conditioning. He was a professor of psychology at Johns Hopkins University, and much of his research revolved around animal behavior. Some sources report that Watson implicated his children in some of his studies, creating tension in his family. After a scandal that resulted in his resignation from John Hopkins, Watson worked in advertising until his retirement.

How Did the Experiment Work?

Albert was a 9-month-old baby who had not previously demonstrated any fear of rats. In the beginning of the experiment, when Albert was 11 months old, John Watson placed a rat (in addition to some other animals and objects with fur) on the table in front of Albert, who reacted with curiosity and no sign of fear.

He then began making a loud noise behind the baby by pounding on a steel bar with a hammer on several separate occasions while showing Albert the rat. Albert cried in reaction to the noise and, after a period of conditioning, cried in response to the rat even without the loud noise. When presented with the other animals, he also responded with varying degrees of fear despite not ever hearing the loud noise when presented with those animals.

This experiment is prototypical example of classical conditioning. One conclusion Watson drew from the experiment was that fear may have a critical impact on personality development.

Watson had originally planned to decondition Albert to the stimulus, demonstrating that conditioned fears could be eliminated. However, Albert was removed from the experiment before this could happen, and thus Watson created a child with a previously nonexistent fear. This research practice would be widely considered unethical today; standards outlined by the American Psychological Association and the British Psychological Society would also deem the study unethical.

Watson rationalized his treatment of Little Albert by stating that even if they did not conduct the experiment on the child, he would experience similar conditioning as he grew older. “At first there was considerable hesitation upon our part in making the attempt to set up fear reactions experimentally,” Watson wrote. “We decided finally to make the attempt, comforting ourselves … that such attachments would arise anyway as soon as the child left the sheltered environment of the nursery for the rough and tumble of the home.”

Although the experiment is remembered as a case for classical conditioning, some critics point out that the study was done without any type of control. However, adding a control element to psychological research was not common at this time.

What Happened to Little Albert?

“Little Albert” was the son of a wet nurse by the name Arvilla Merritte who worked at the Harriet Lane Home for Invalid Children. Because of this, much of Albert’s infancy was spent in Johns Hopkins Hospital with his mother. Arvilla received $1 for her son’s part in the experiment, which would be equivalent to around $13 today.

Most sources agree that Albert’s real name was Douglas Merritte. Nobody knows whether his fear of rats persisted into adulthood, as he died at six years of age from hydrocephalus.

Several pieces of literature have addressed classical conditioning in children, including Thomas Pynchon’s Gravity’s Rainbow and Aldous Huxley’s Brave New World. In Brave New World, poor children were conditioned to dislike or fear books. Thus their lower status was maintained as they avoided learning from books.